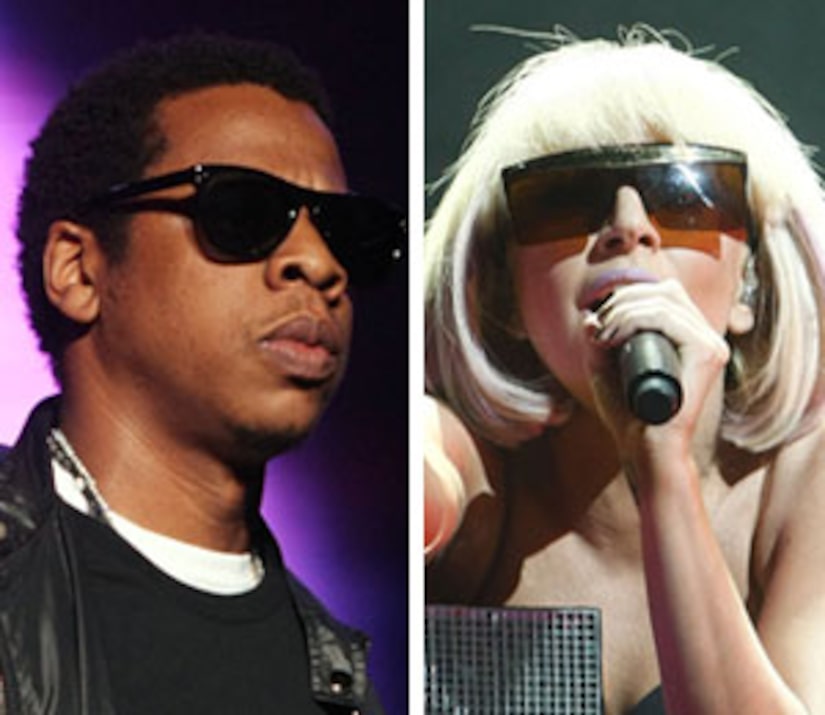 In one month, the MTV Video Music Awards will land in New York City, and MTV has announced Jay-Z and Lady Gaga have been added to the list of performers!

Jay-Z is up for "Best Male Video" and "Best Hip Hop Video." The Jigga Man will take the stage to perform a song from his highly anticipated upcoming album The Blueprint 3. Lady Gaga is nominated for an amazing nine moonmen, including "Video of the Year." The edgy fashionista dished to MTV, "I'm simply gutted to be both a performer and nominee at the 2009 VMAs. In fact, I'm so happy, I could die." Gutted?