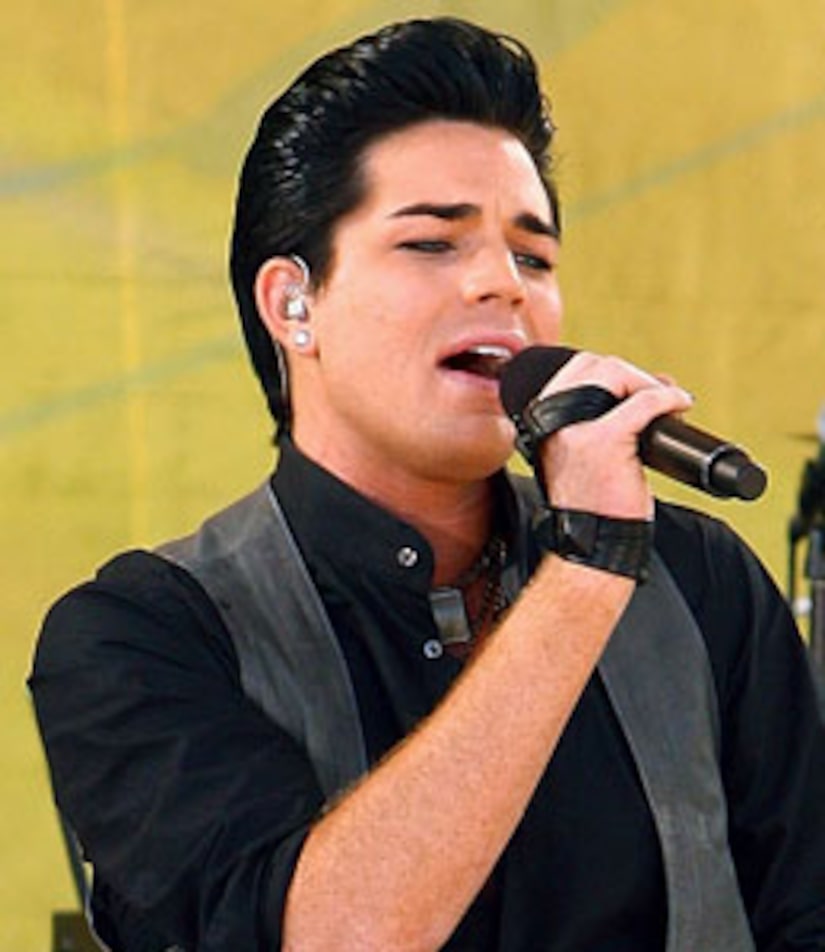 Adam Lambert has gotten a taste of fame touring with his fellow "Idols" -- including numerous undergarments thrown by zealous fans!

"I get a lot of bras, decorated very creatively," Adam tells "Extra" of receiving onstage gifts from fans. "I do believe there was a jockstrap the other day."

The "American Idol" runner-up admits that the presents can get crazier than that! "We've gotten some light S&M bondage gear... a red leather whip, some handcuffs," Adam reveals. "I'm waiting to see what the people come up with next, but don't throw it at my face! Something almost hit me in the face the other day."

Since rocking the "Idol" stage, Adam has amassed a huge fan base that loves his funky rocker style -- and the fact he isn't afraid to be himself. Lambert came out in a June issue of Rolling Stone, making it the magazine's top-seller this year.

"People are excited that I was honest and open," Adam dishes. "They feel like they know me better now -- and if it turned off some people than maybe that's for the best."

Adam also broke news of his upcoming album. "My album should be coming out in November and it's gonna be bad a. You're gonna love it." Lambert adds, "It's gonna make you wanna dance, it's gonna inspire you. Overall it's gonna feel really sexy."