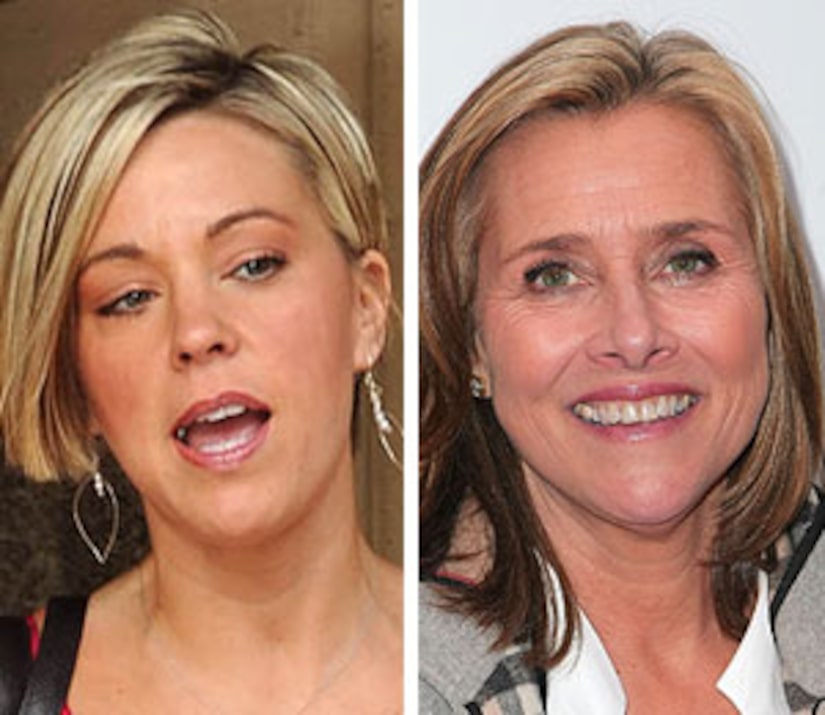 Kate Gosselin broke into tears on the "Today Show" yesterday -- but off-camera, the reality star allegedly went into diva mode!

"We get virtually all of the world's biggest egos coming through here, but Kate was one of the most unpleasant I've seen in working here for many years," a "Today" insider told the Chicago Sun-Times.

The insider claims that Gosselin trashed Meredith Vieira for asking about Kate's relationship with her bodyguard, Steve Neild. "She was swearing like a drunken sailor."

Kate's estranged hubby Jon was supposed to sit down with E! News to tell his side of the story, but we hear that TLC apparently pulled the plug on the interview.

UPDATE: The "Today Show" has released a statement to "Extra" regarding these accusations. It reads:

"These comments are completely and totally false and are certainly coming from bad sources. Kate Gosselin was a gracious guest on TODAY and anyone
within a thousand feet of her at the show yesterday morning could tell you that. It is unfortunate that a newspaper would run these lies, which couldn't be further from the truth."