Hollywood supercouple Brad Pitt and Angelina Jolie walked the red carpet on Monday at the Los Angeles premiere of "Inglourious Basterds," where they opened up to "Extra" about marriage and being soul mates. 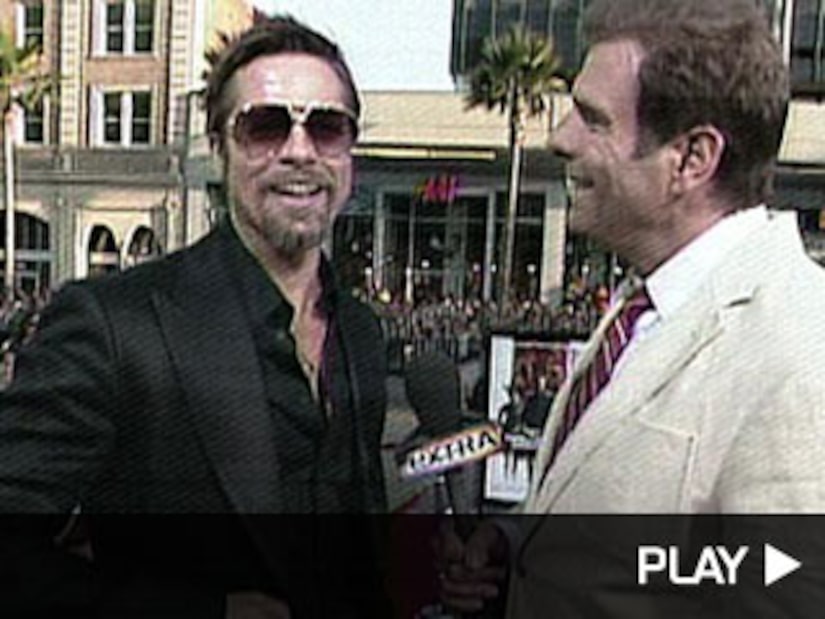 Angelina looked sizzling in a strapless, cinched, leather dress by Michael Kors and gladiator heels. In a recent Parade magazine interview, Brad called Jolie his "soulmate." Angie confirms the title is mutual, saying "That is very cool. Well, he's mine."

The Jolie-Pitts have six little ones at home and are quite possibly the perfect couple; Brad says the two "rarely" fight. "We've both been around long enough and have been in enough relationships to know what we want out of it, and to know when we're wasting time," said the scruffy star.

Pitt said he wouldn't tie the knot until it is legal for everyone. Brad, in an all-black suit and shades, told "Extra," "I said it as kind of an off-the-cuff remark because people were trying to tell other people what to do and it was such huge response positive and negative."