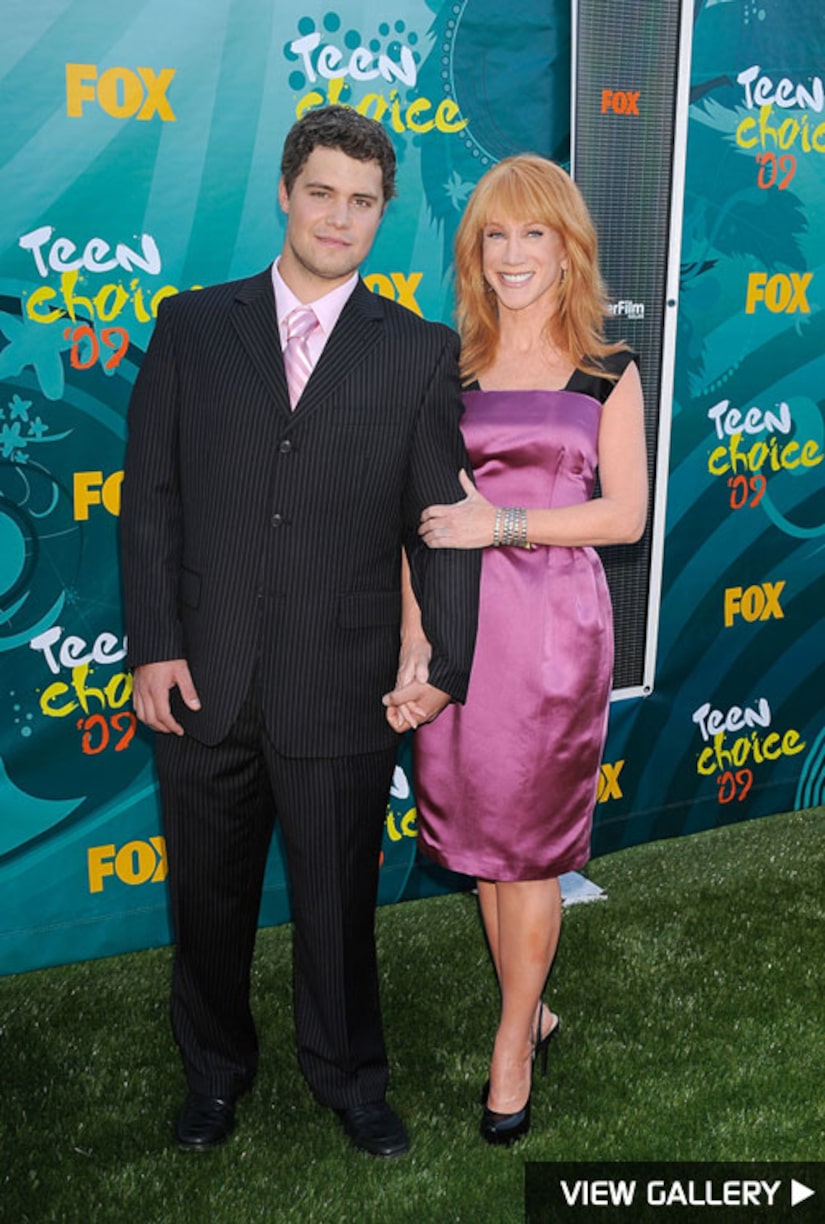 Griffin, 48, joked that she's the 19-year-old unwed father. "Long-distance relationships are not easy, especially when he's in his igloo and I'm in my Hollywood tower," she told Us Weekly.

Johnston was in town for a Vanity Fair photo shoot and let his date do most of the talking, but did say, "I just, you know, look at her, shut up and do what I'm told."

Griffin said she has yet to visit Johnston in Alaska, but she has performed there in the past.