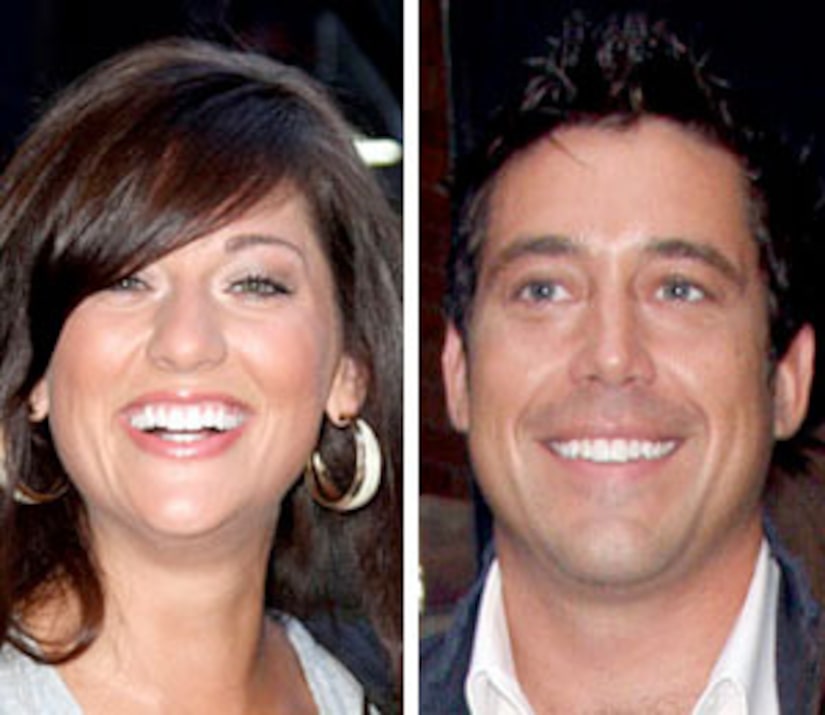 "The Bachelorette's" Jillian Harris and Ed Swiderski are trying to put the reports of Ed's infidelity behind them. The reality TV couple enjoyed late night drinks and appetizers at LAVO inside the Palazzo Resort and Casino in Las Vegas on Friday.

The two canceled a reservation at the same restaurant a few hours earlier, prompting speculation of their breakup. A source tells People magazine the reservation was moved because Ed was working late.