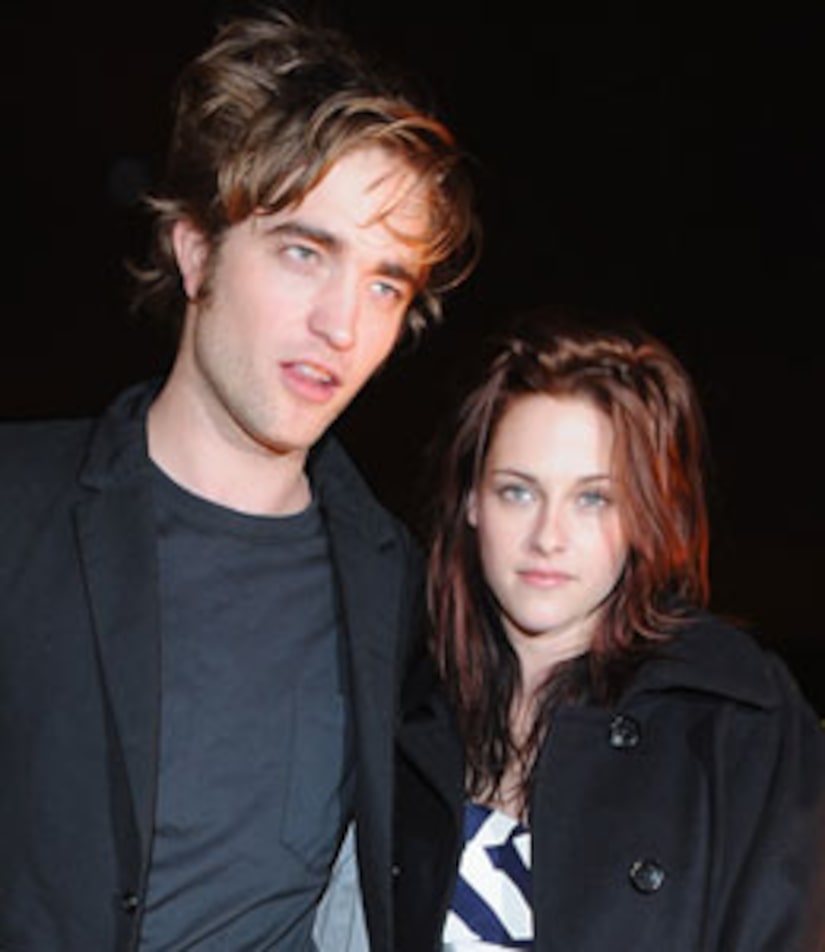 "Robert was super low-key when he walked in," an onlooker tells People. The source says Stewart, 19, and Pattinson, 23, went unnoticed by fans the entire night.

Another source tells the magazine Kristen and longtime boyfriend Michael Angarano "are completely broken up." The source adds, "Everyone is pretty convinced that Pattinson and Stewart are hooking up."