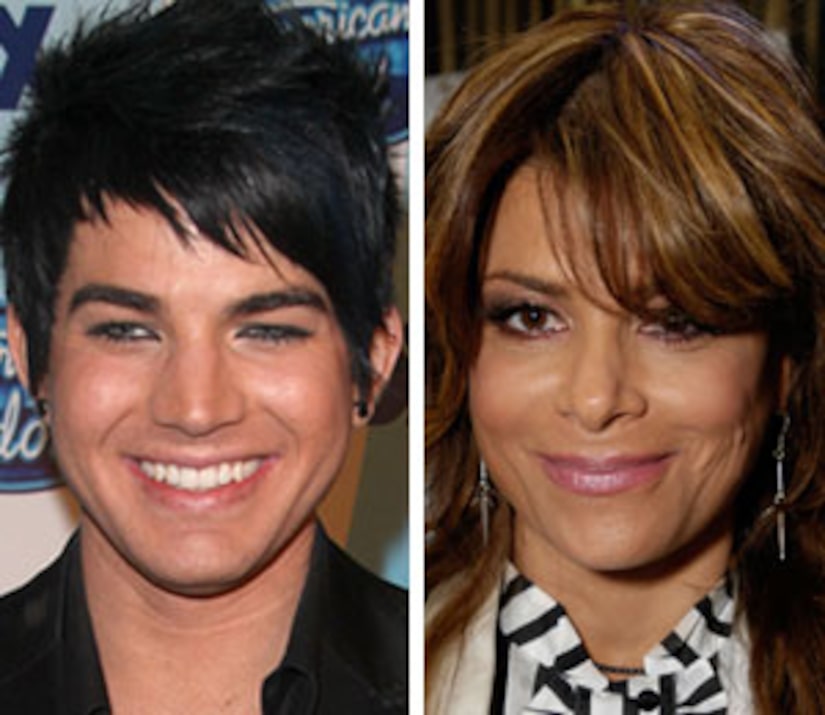 Season 8 runner-up Adam Lambert was honored on Thursday for his best-selling Rolling Stone issue. At the event, he told "Extra" Paula had his back when he was on the competition show. Lambert said, "She made me feel really save and loved when I was on stage."

Paula's departure was the cause of a bar brawl involving season 4 contestant Constantine Maroulis. The "Idol" alum was punched after he said he wanted Paula to remain on the show. The "Rock of Ages" star posted on Twitter, "Some drunk dude tackled me in the middle of the concert and jumped on me." He added, "I don't mind a fight... but only when it's fair and I'm lookin."

Comedienne Kathy Griffin says "AI" host Ryan Seacrest should renegotiate with the former pop star. Griffin told us, "I think Ryan should give a portion of his salary to Paula."

"Dancing with the Stars" pros Karina Smirnoff and Maksim Chmerkovskiy don't want Abdul to be out of work. The real-life fiancée's extended an invitation to "Dancing with the Stars" for Paula. Karina says, "We know you love dancing and we love to watch you dance in all the videos. So come out see us and possibly be with us this season!"