Freed journalists Laura Ling and Euna Lee have returned safely to the US after spending 140 days jailed in North Korea. The two had been sentenced to 12 years hard labor, after being accused of spying. 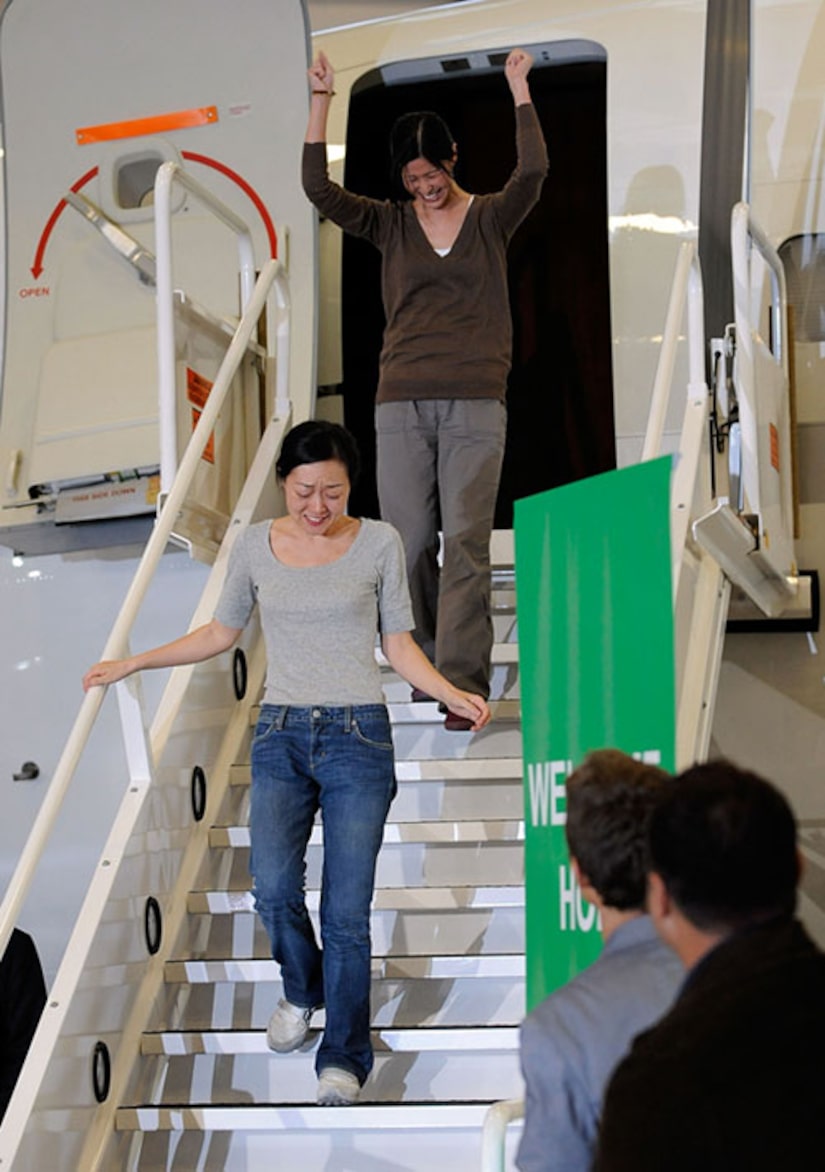 The former president's private plane touched down at Bob Hope Airport in Burbank, Calif. at 6:00 AM PST.

President Obama held a brief press conference and said, "I think that not only is this White House obviously extraordinarily happy, but all Americans should be grateful to both former President Clinton and Vice President Gore for their extraordinary work. And my hope is, is that the families that have been reunited can enjoy the next several days and weeks, understanding that because of the efforts of President Clinton and Gore, they are able to be with each other once again."