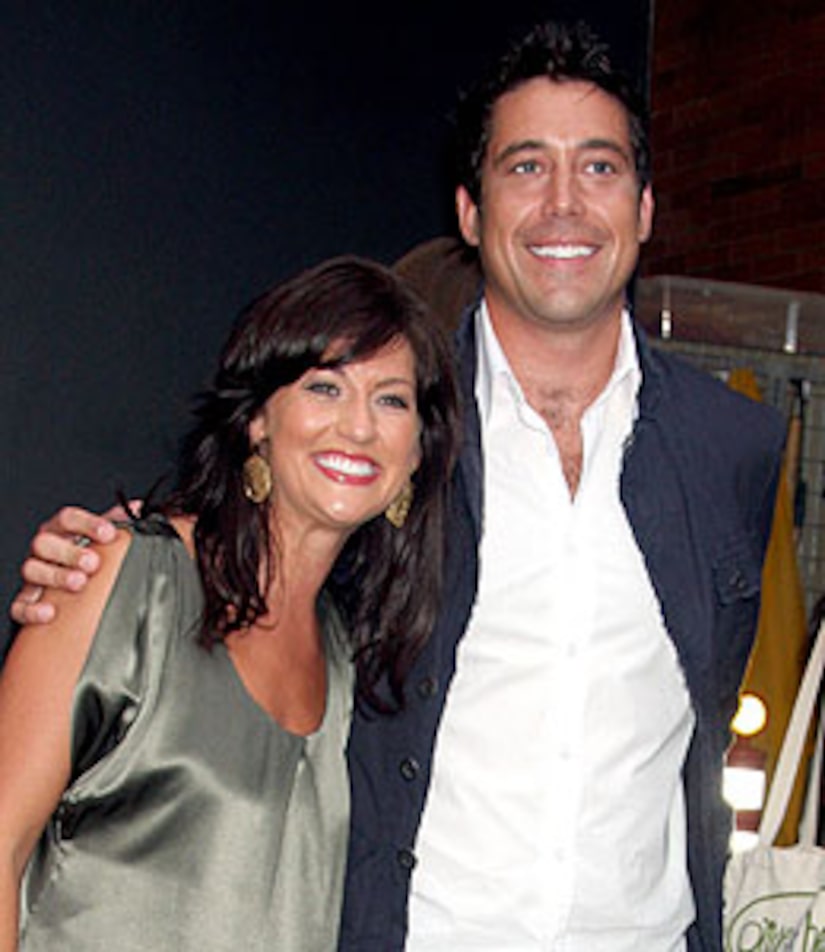 Explosive allegations have surfaced that paint Ed Swiderski, "Bachelorette" Jillian Harris' love, as a three-timing cheater -- and Jillian talked with "Extra" to set the record straight!

Two of Ed's former flames, Bethany Steffen and Lindsey Johnson, have come forward with claims to Us Weekly saying Ed was intimate with both of them before, during and after "The Bachelorette" was filmed. Jill Martin of Us Weekly said, "It's the ultimate deception -- Ed wasn't living a double life, he was living a triple life!"

Today, Jillian denies those claims, saying, "It's not possible... it is absolutely made-up." But according to Johnson, she dated Ed for a year -- and he promised that they'd be engaged before the end of 2009. She drove him to the airport on March 25, where he assured her he'd only be on the show for two weeks.

During his time on the show, Swiderski kept in touch with both ladies via text and email. On April 10, he allegedly wrote Lindsey, "I'm going to molest you when I get home."

Swiderski left the show briefly on April 15, telling Jillian that he had to leave the show "to work" in Chicago. While he was in Chicago, both women claim they were intimate with Ed, who then told Bethany and Lindsey he needed to fly to Texas on business, but returned to the show and pleaded for Jillian to take him back.

On April 23, Ed reportedly emailed Bethany, writing, "I was really hoping to grab your ass." Swiderski popped the question to Jillian on May 24. Days later on June 3, Ed allegedly texted Bethany, asking her to come by and "bring beer and condoms."

When asked about the text messages and emails, Jillian says, "I know that he's kept in semi-friendly touch with those girls. I'm aware of that -- he doesn't hide anything from me."

Will Jillian and Ed stay together? She reveals, "This is a bump in the road and we'll get through it... Ed and I are on top of the world right now." Jillian hasn't changed her plans to move to Chicago, saying, "I'm in Chicago right now and meeting Ed in Vegas tomorrow. We are so excited to party it up and have fun."