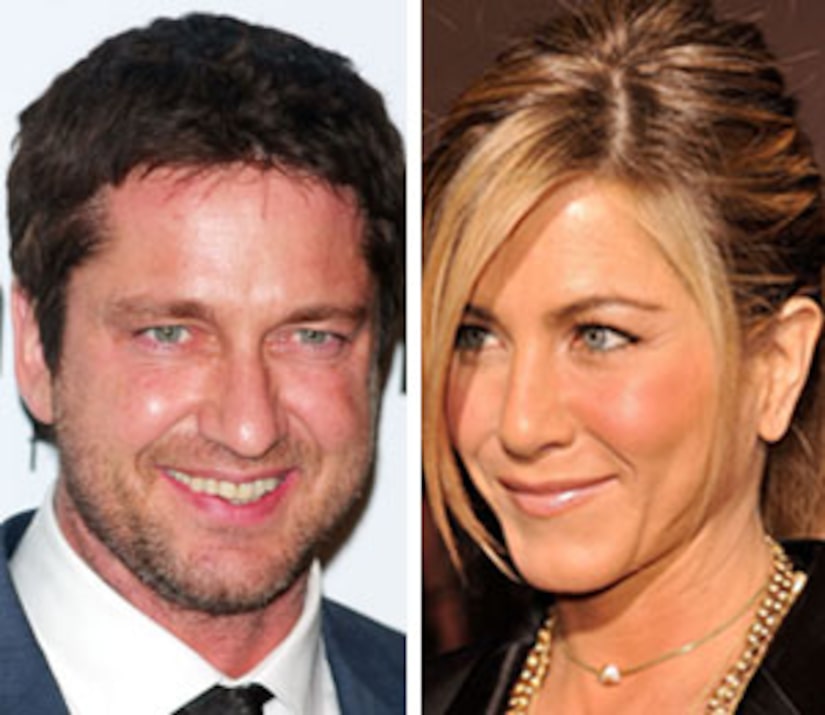 There isn't a romance brewing between Gerard Butler and Jennifer Aniston, but he can't wait to plant one on her!

Butler told British TV show "GMTV" that if he were dating Aniston he'd admit it, saying, "If I was, I would say I was." The two are currently filming "The Bounty" in Manhattan. Butler explains, "If you're not married in Hollywood and you're working with somebody else who's single, you're having a thing with her."

Gerard and Jen play exes in the film and the scruffy stud tells "GMTV" he is looking forward to filming their kissing scenes. He said, "I haven't done it yet," "I'm excited... I'm lucky, he added."