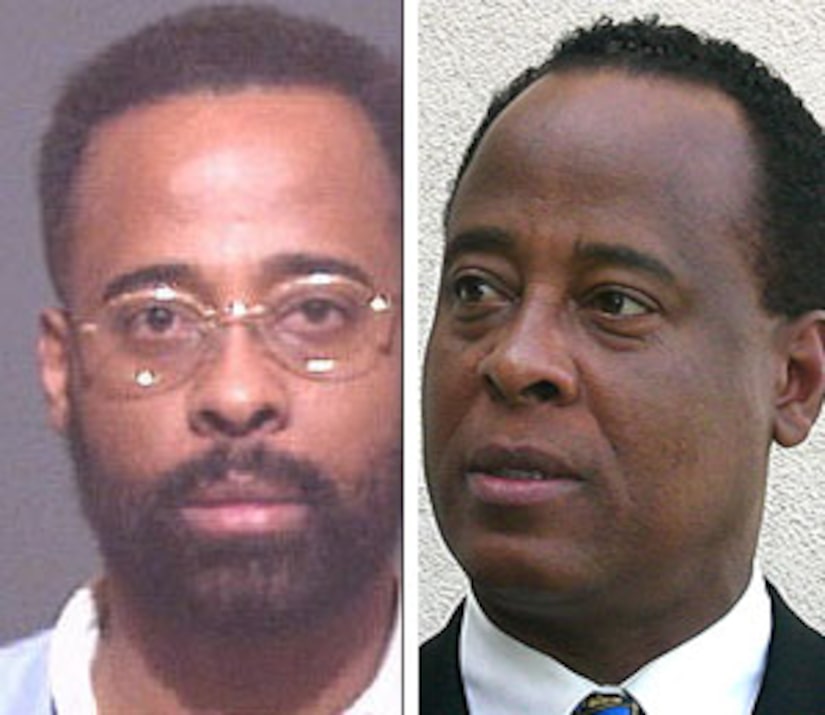 Michael Jackson's doctor has had a previous run-in with the law. Dr. Conrad Murray, who could face manslaughter charges in Jackson's death, was arrested in 1994.

Murray was arrested on domestic violence charges in Arizona. The police report alleges Murray threw his then-girlfriend to the ground as their baby sat on the floor crying. The doc was tried and acquitted. The doc's troubles didn't end there -- he reportedly owes as much as $75K in payments on his home in Las Vegas.

If Jackson's toxicology report confirms he died from a drug administered by Murray, the doctor could face criminal charges. Former prosecutor Marcia Clark revealed on "Larry King Live" last night that the report is finished, and is being held up by the LAPD. "It's actually done," Marcia said. "It's ready to go, but Chief Bratton is not in town. They're sitting on it 'til he gets back from his vacation next week."

The Jackson clan has reportedly seen the completed report.