"Extra" was first on set of the new season of "Grey's Anatomy" -- and we have the inside scoop straight from Patrick Dempsey! 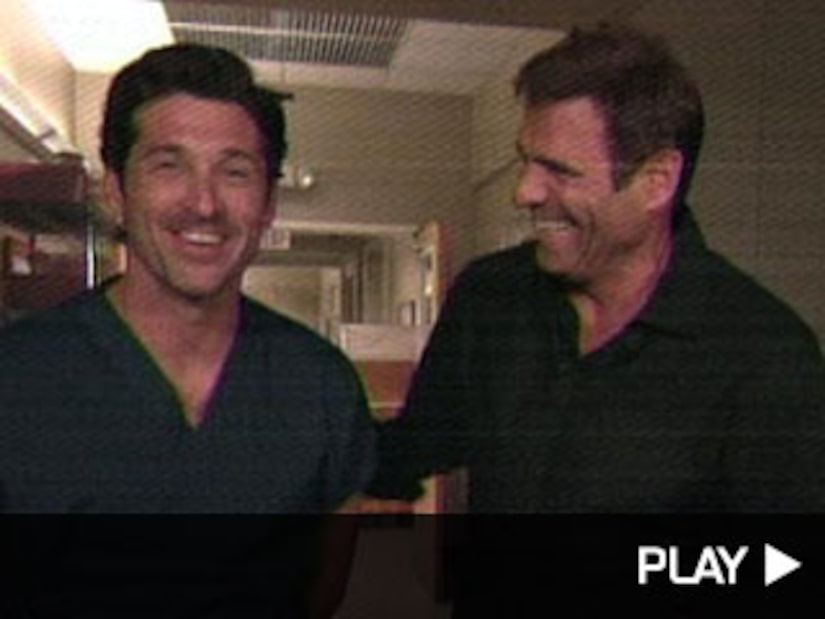 When we last saw the docs at Seattle Grace, Derek and Meredith tied the knot with a Post-It note and gave up their extravagant wedding so Izzie could walk down the aisle instead. Dempsey tells "Extra" he was shocked when he read the script. He says, "I think the fans are expecting a wedding. I was surprised too, like this is it? This is what it's gonna be?"

Patrick tells us he would have like to Ellen Pompeo's real-life pregnancy written into the script for a "Grey's" McDreamy baby! He adds, "I think it would've been interesting to see her juggling a career and baby." Ellen and husband Chris Ivery are expecting their first child this winter.