Two decades after the show's debut, the cast of "Saved by the Bell" has reunited! 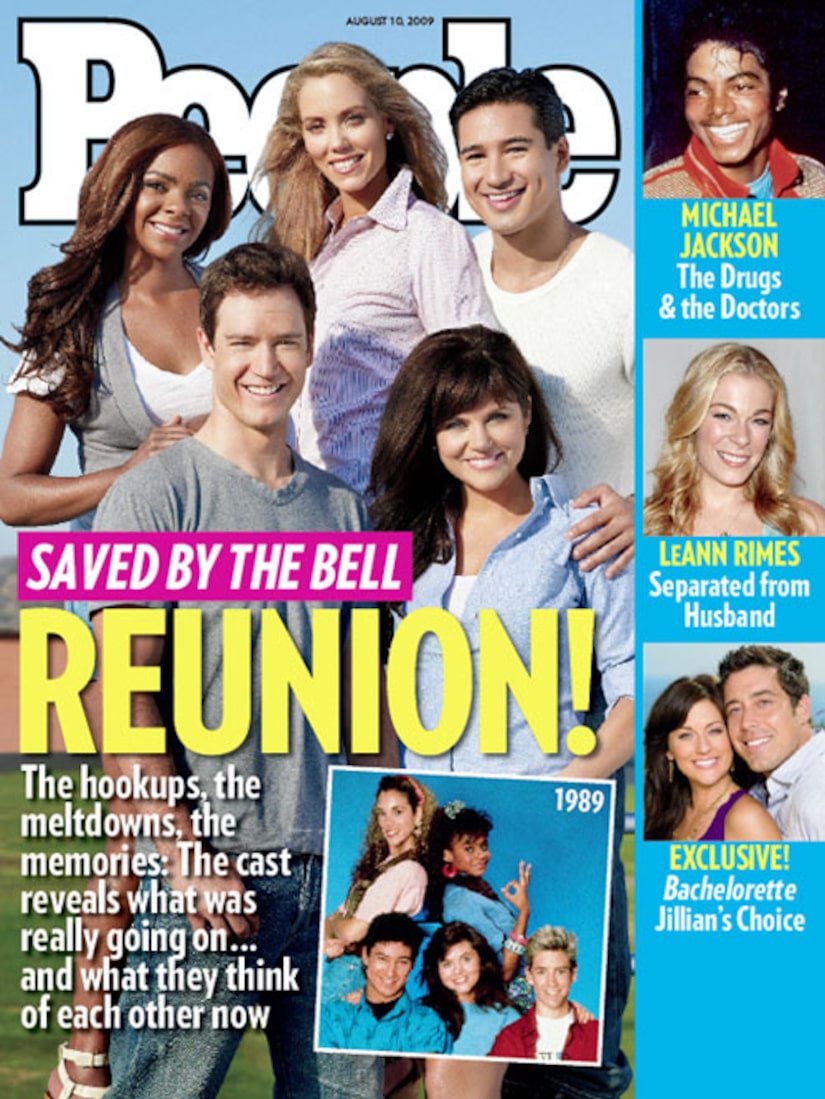 Fans of the cult TV sitcom can thank Jimmy Fallon, who started a petition to reunite the Bayside High class of '93, but where is Dustin Diamond (Screech)? Now a stand-up comedian, Diamond tells People he is no longer close with his castmates and he's working on a tell-all called "Behind the Bell."

For more about the "Saved by the Bell" cast and what they have been up to, pick up People magazine -- on stands this Friday, July 31.

Click here for Mario's behind the scenes footage from the photoshoot!