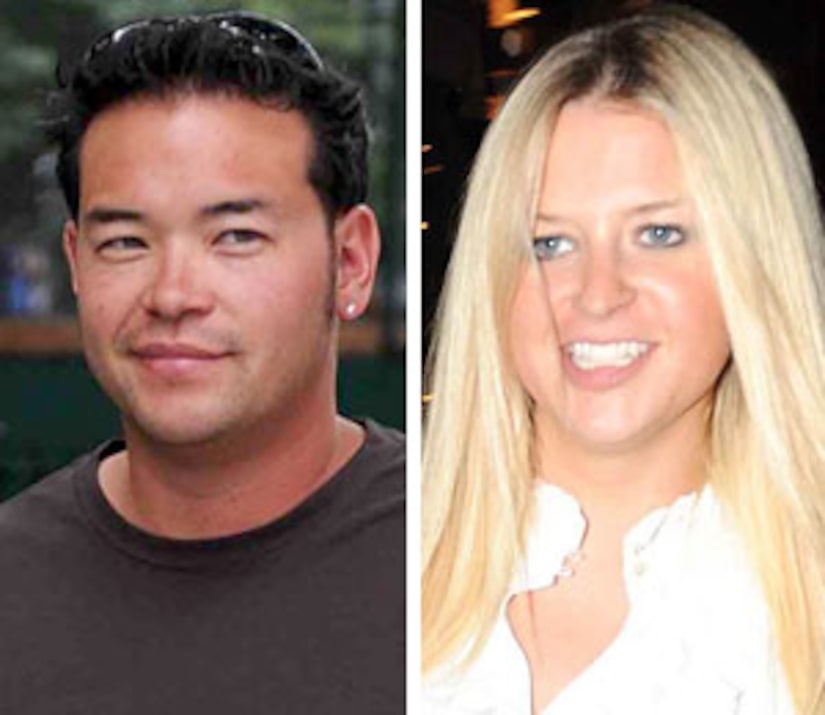 In Touch Weekly has obtained exclusive videotape of Gosselin, 32, cozying up to the former Star reporter. A source from In Touch Weekly tells "Extra" the rumored couple was getting touchy-feely. "Jon was being like a boyfriend -- Kate went over to him and rubbed his belly. They looked intimate."

This news comes as rumors surface that Jon's estranged wife Kate plans to move to Rockville, Maryland -- reportedly just around the corner from her married bodyguard Steve Neild, with whom Kate was accused of having an affair.