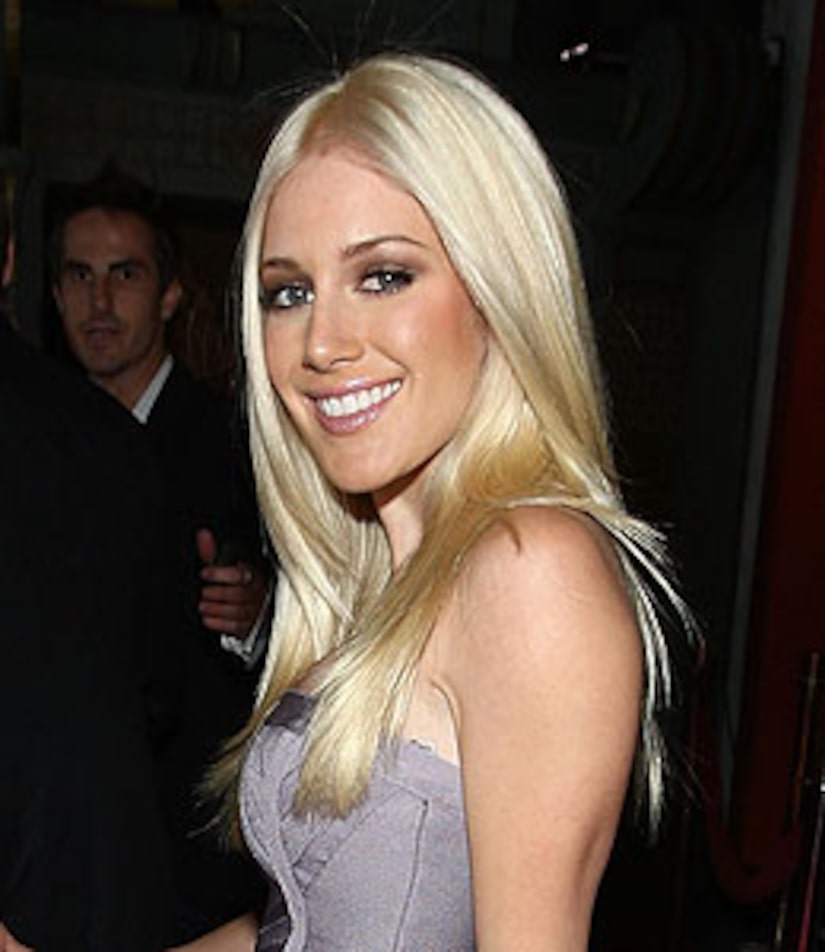 "Hills" starlet Heidi Pratt has stripped down for the September issue of Playboy -- but Holly Montag, Heidi's sister, assures that Mrs. Pratt won't be completely nude.

"She's not nude," Holly revealed to Us Weekly. "Her Maxim cover was so gorgeous and tasteful, and I know Playboy is going to be the same. It's really cool that she can be part of the Playboy family. I love it. I go up there all the time and play poker. I love the girls there, and it's very cool to be a part of that legacy."

Heidi will also show off her singing chops during the 2009 Miss Universe Pageant on August 23.