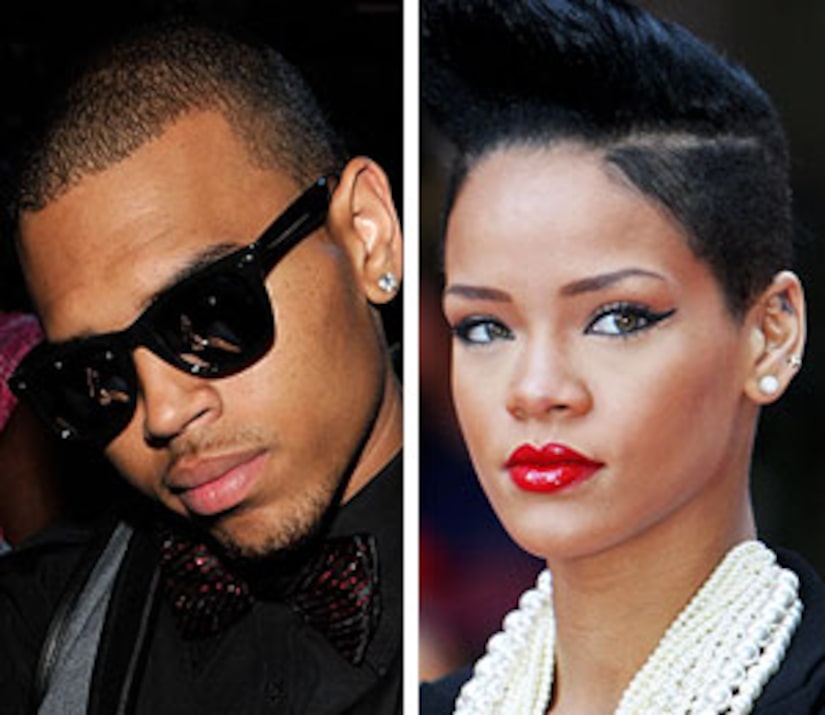 Rihanna and ex-beau Chris Brown were spotted at the same NYC hotel over the weekend.

The "Disturbia" singer and Breezy reportedly checked into separate rooms at the Trump International Hotel and were snapped coming and going from the hotel -- though not together.

Even if the run-in was coincidental, Brown could have jeopardized the terms of his plea bargain by being within fifty yards of the pop star.