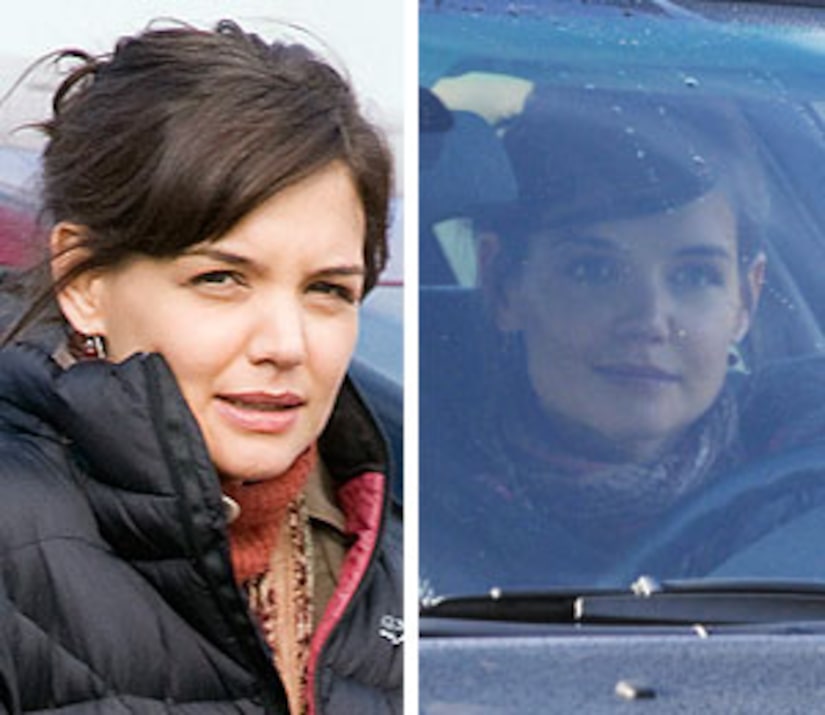 Katie Holmes narrowly escaped injury when an explosion occurred on the Melbourne set of her new flick!

Holmes, who is in Australia filming "Don't Be Afraid of the Dark," filmed scenes in a car that later caught fire after the battery blew up.

No one was injured in the explosion.