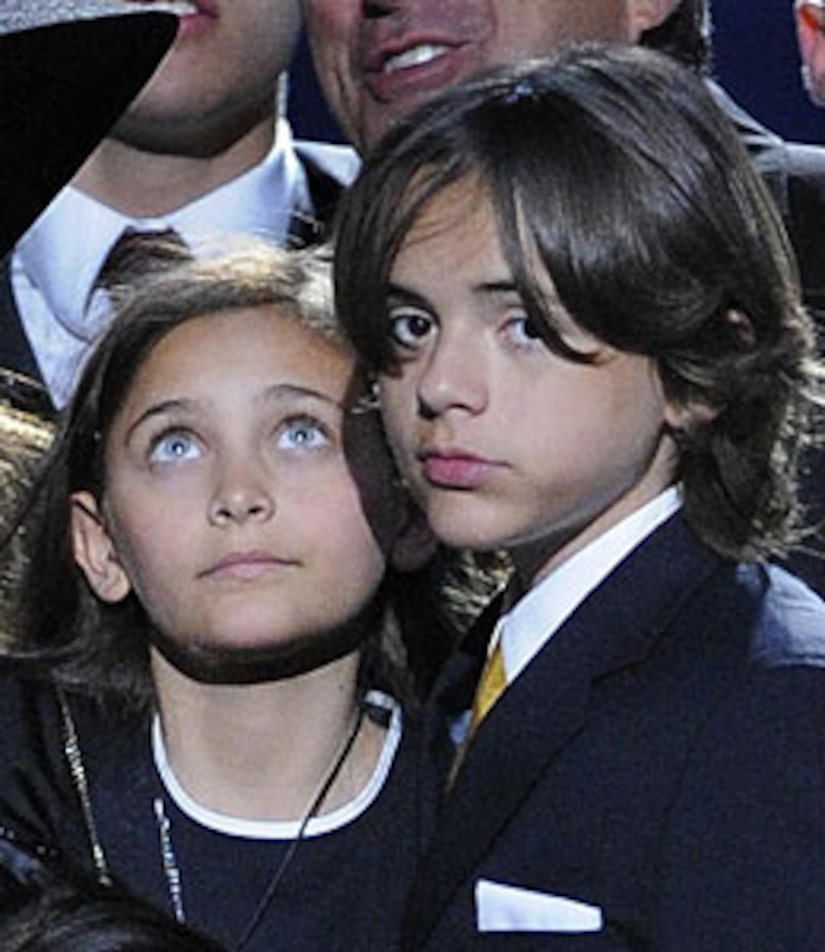 "We're close to reaching an agreement," McMillian confirmed this morning on the "Today Show." Katherine's counsel added that the deal between Jackson and Rowe -- who mothered two of Jackson's three children -- would not be based on finances. "Whatever the agreement will be, will not be based on money... The agreement about custody is not a money issue."

Michael was the father of three children -- Prince Michael, Paris Katherine and Blanket. Rumors circulated recently that Jackson may have fathered rapper Omer Bhatti during a one-night stand in the 1980s, but Michael's pal Ricky Harlow dismissed those rumors.

"He treated him like a son, and he was very protective," Harlow told People magazine of Jackson's relationship with Bhatti, who came forward to say that he is not the biological son of the late pop icon, and is willing to take a DNA test to prove it.

While Michael may not be Omer's biological pop, Harlow admitted that Bhatti resembles Jackson, who acted as a father figure to the young man. "It was basically a mini-me version of Michael Jackson."