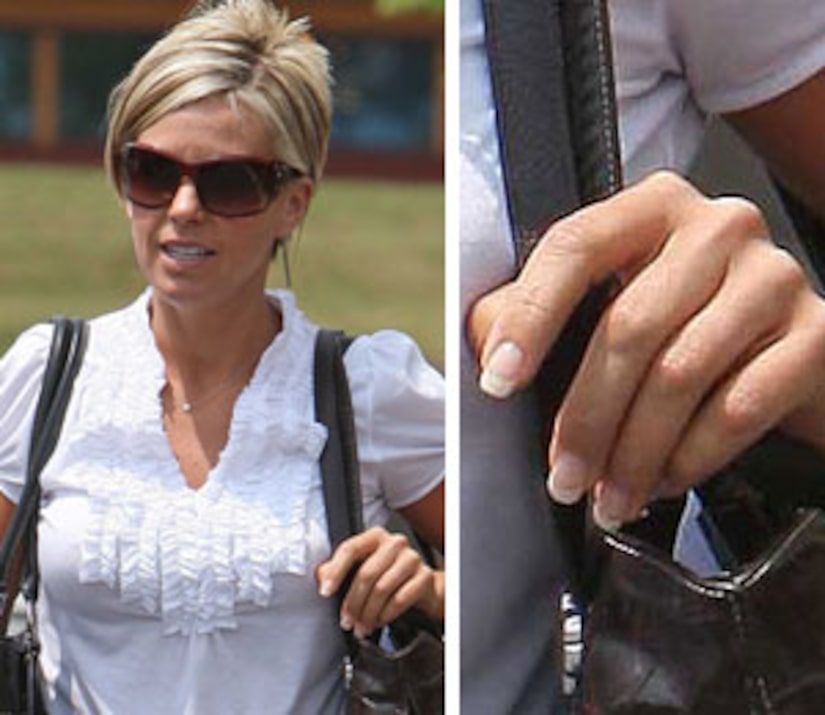 Her estranged hubby has been linked to numerous other women -- and Kate Gosselin is moving on too!

The mom of eight was photographed Friday for the first time without her wedding band during a coffee run near her Pennsylvania home.

In June, Gosselin told People magazine she wasn't ready to take that step. She said, "I haven't taken off my ring. It would devastate my kids. It's not necessary. I was looking at it while I was in the shower this morning, and I thought, I'm not taking it off. I'm not ready."

The couple filed for divorce on June 22 after 10 years of marriage.

Jon Gosselin has been hanging out with reporter Kate Major in the Hamptons with Michael Lohan and "Real Housewives of New York" star Jill Zarin. Earlier this month, he vacationed with 22-year-old girlfriend Hailey Glassman in St. Tropez.