Reality dad Jon Gosselin is living it up in the Hamptons with his new pal, stage dad Michael Lohan -- and was spotted again with reporter Kate Major! Is there a love triangle in the works? 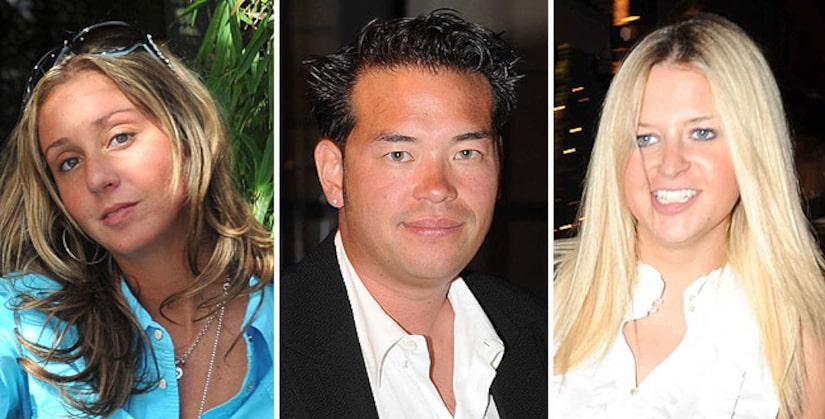 Jon, Kate and Michael met up with "Real Housewife" Jill Zarin and her husband for a dinner date -- and that's when the drama began.

Today, Major resigned from Star magazine, citing a conflict of interest with Jon Gosselin because she's fallen for the father of eight! "I didn't mean it to happen, it just did," Kate told Star of being smitten with Gosselin. "I went to do a story on Jon and ended up falling for him."

Jon was first snapped having dinner with his new Kate last week in New York City.