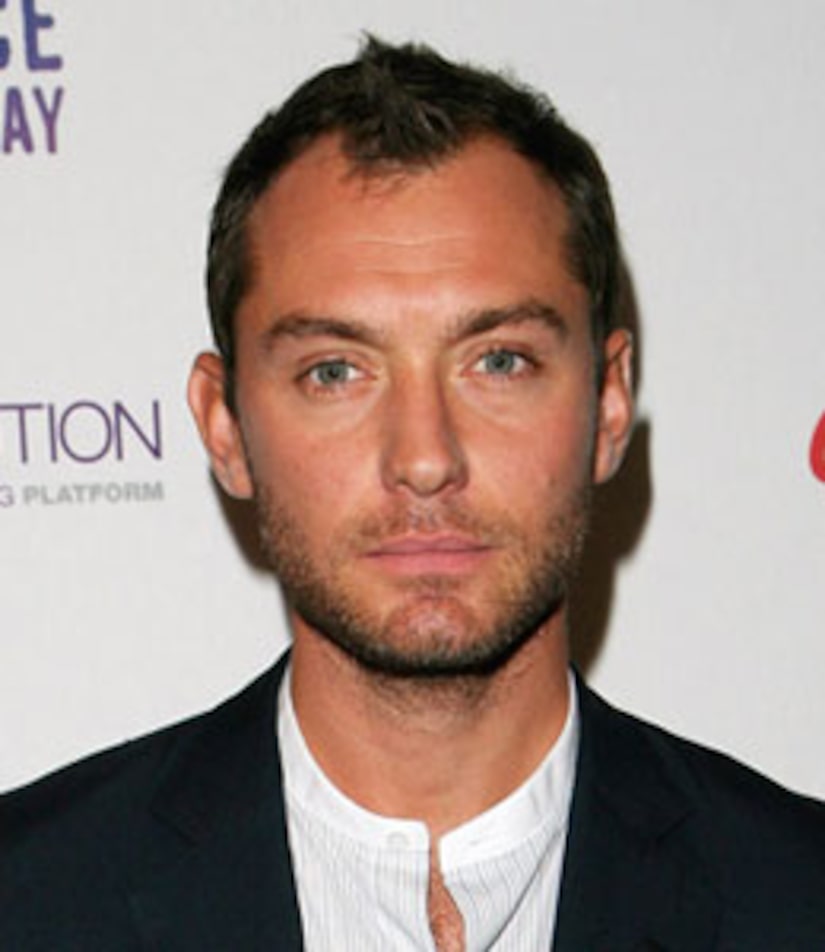 "Sherlock Holmes" hottie Jude Law whacked a female photographer on the noggin in London on Wednesday night. The camerawoman is hurt and she isn't happy!

The photographer tells British newspaper the Evening Standard, "He hit me full on the face, it was a real stinger, it was very sore."

Jude's lawyer Graham Shear says it was an "accident" and claims his client was blinded by camera flashes and "inadvertently struck" the pap while trying to shield his eyes.