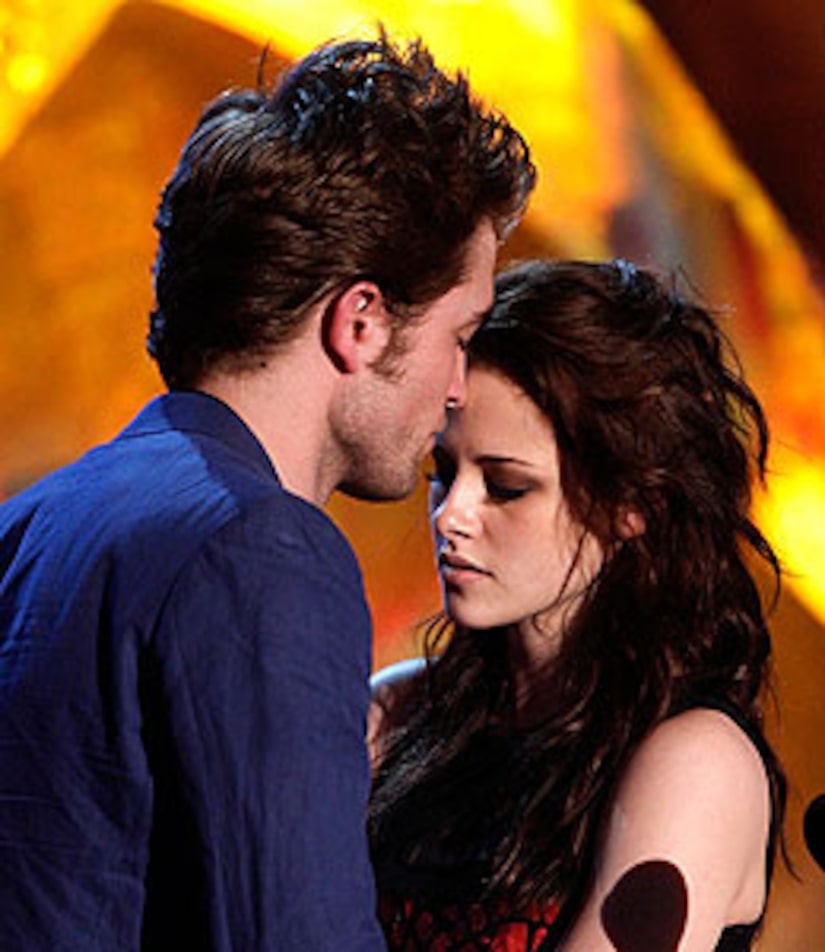 Robert Pattinson has been plagued by romance rumors since the "Twilight" hunk portrayed loveable vampire Edward Cullen -- but he reportedly only has eyes for co-star Kristen Stewart.

"Rob has been after Kristen since they started filming two years ago. Kristen had a boyfriend for a very long time and part of his attraction to her is that she's unattainable," People magazine's Joey Bartolomeo dishes to "Extra."

Kristen has been dating actor Michael Angarano on and off for years, but the current status of their relationship is unclear. Rob has been linked to a bevy of Hollywood beauties, including Nikki Reed to Emma Watson.

Robert is an accomplished musician on both guitar and piano — his own music was featured in "Twilight." Remember the scene where he and Bella had dinner? That's Rob in the background, singing “Never Think.”

RPattz has two older sisters — one of whom had a top ten hit with her own band.

RPattz had to fake an American accent for "Twilight."

Robert's first kiss was when he was 12-years-old.

One of Robert's favorite TV shows is the British series "X Factor."