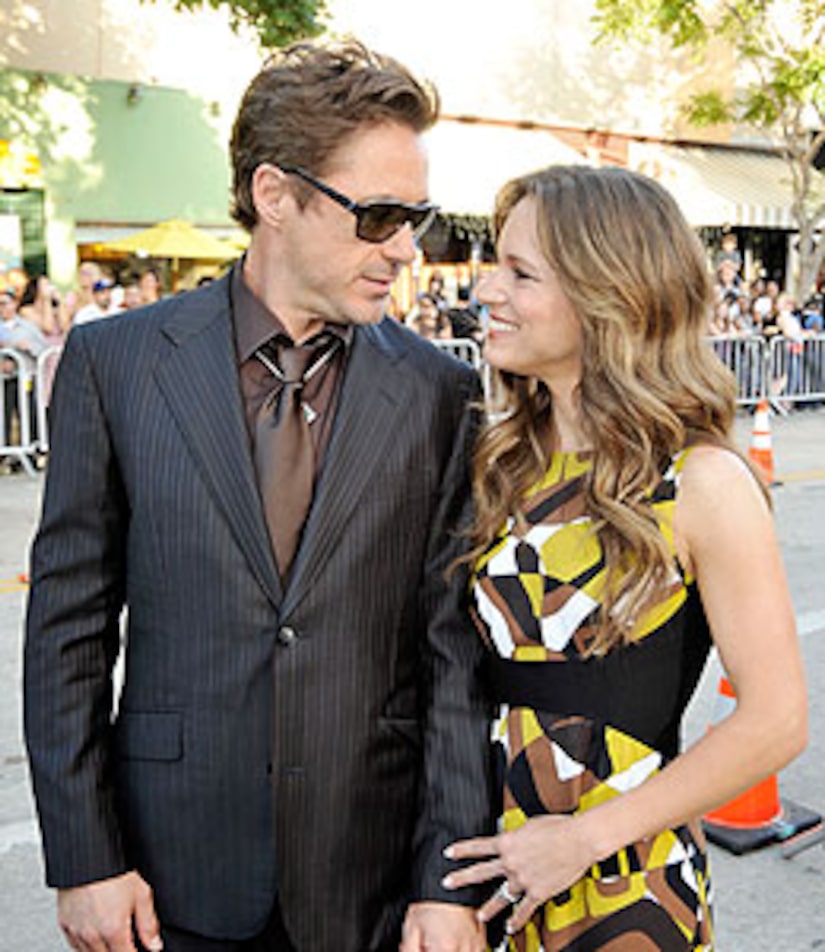 Robert Downey Jr. attended the premiere of "Orphan" last night to support his wife Susan, who produced the film.

The actor and his wife only had eyes for each other on the red carpet, laughing and waving as shutterbugs snapped away. "Any night that we're out is a date night," Robert dishes to "Extra."

Downey Jr. stars next as Sherlock Holmes in Guy Ritchie's interpretation of the detective -- and Robert went into sleuth mode when describing the scary youngster in "Orphan," played by Isabelle Fuhrman. "Most curious girl," Robert says. "I will deduce the manner in which she has confounded this family."