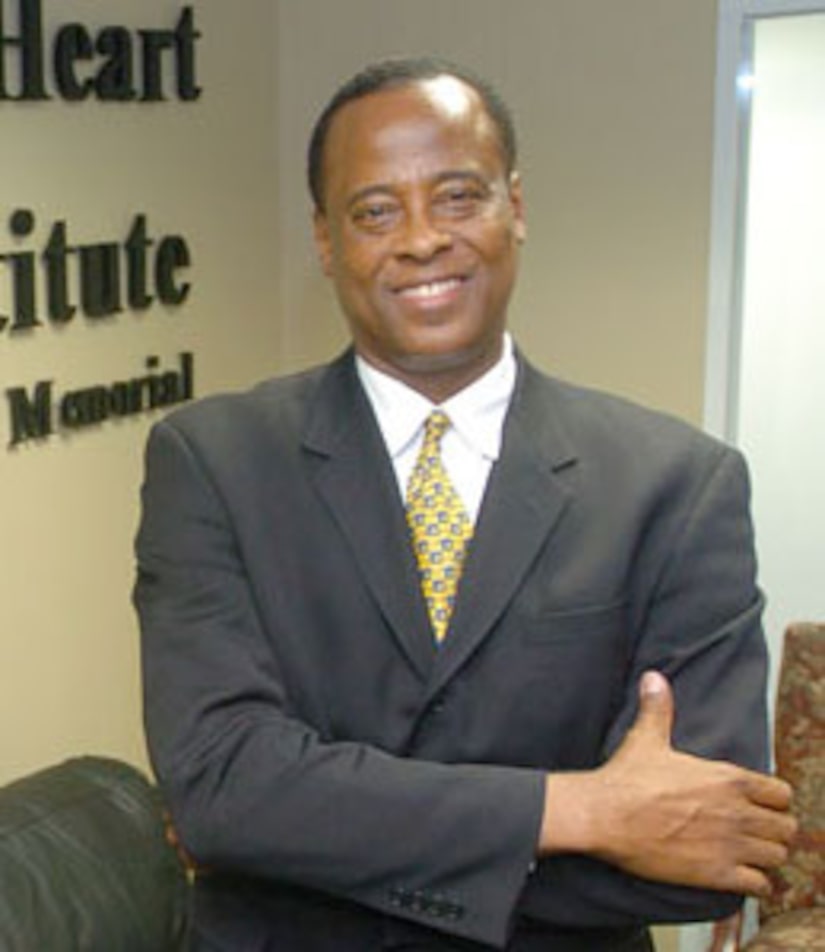 Murray is a cardiologist and was Michael Jackson's personal physician and was with the singer in his rented L.A. home before he died. He is based in Las Vegas and is licensed in California, Nevada and Texas. Murray has been interviewed by police, but has not been officially named as a suspect in Jackson's death.

Murray is currently in Las Vegas, and his attorney Ed Chernoff says his client "should not be a target of criminal charges. The coroner wants to clear up the cause of death, we share that goal," Chernoff explains.

UPDATE: Ed Chernoff has released a statement regarding the raid. It reads:

"We can confirm that a search warrant was executed today on Dr. Murray's offices in Houston Texas. We reviewed the warrant and remained on the premises while the search was being executed. The search was conducted by members of the DEA, two Robbery - Homicide detectives from the Los Angeles Police Department and Houston Police officers. The search warrant authorized law enforcement to search for and seize items, including documents, they believed constituted evidence of the offense of manslaughter. Law enforcement concluded their search around 12:30 PM, and left with a forensic image of a business computer hard drive and 21 documents. None of the documents taken had previously been requested by law enforcement or the L.A. Coroner's office."