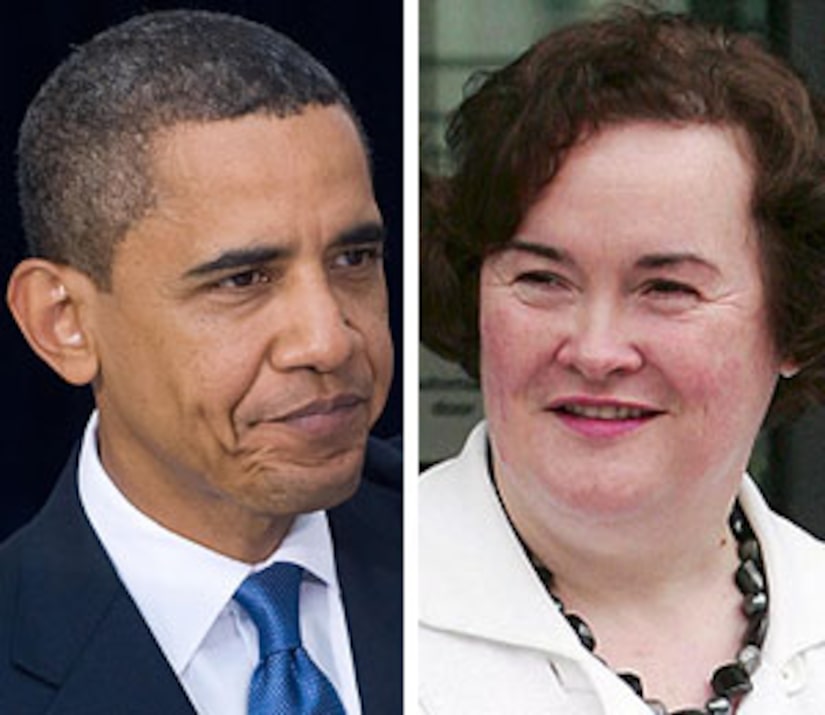 A primetime showdown has been avoided! President Barack Obama has switched his news conference to 8 PM PDT tomorrow night.

The President was originally supposed to be broadcast during "America's Got Talent" at 9 PM, but Obama won't be going head-to-head with famed singer Susan Boyle, who is appearing on the "Talent" show tonight.

David Hasselhoff, a judge on "America's Got Talent," joked this morning on "The View" that the Commander-in-Chief should use the television show as a "lead-in" to his conference.