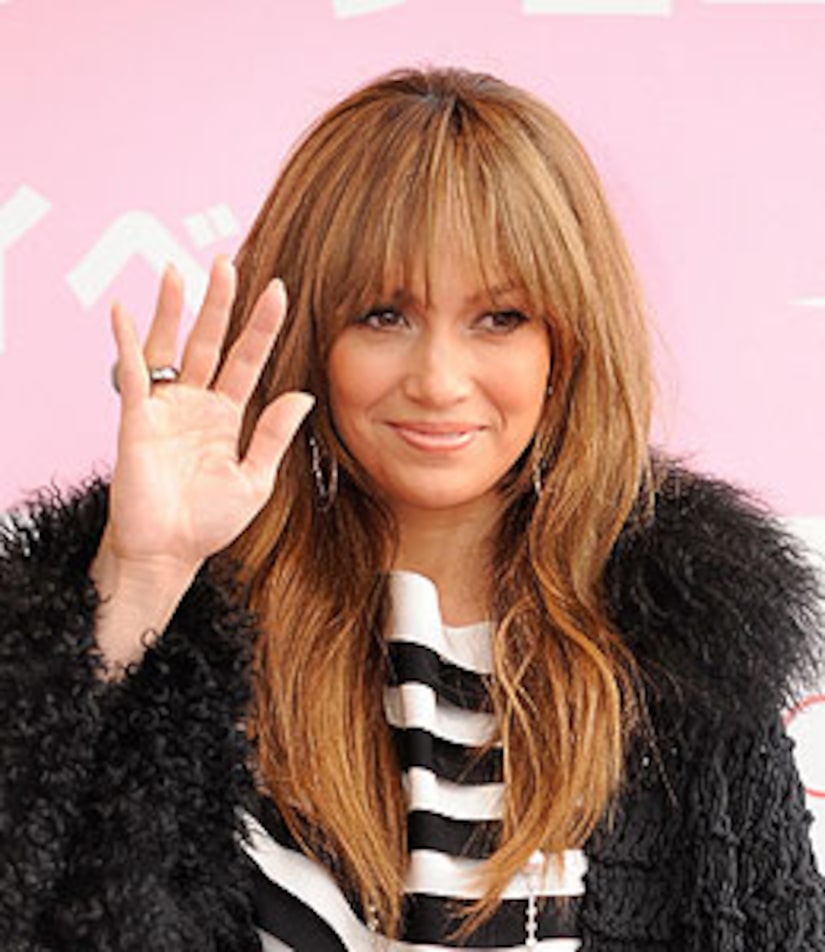 J.Lo returns to the silver screen in "The Back-Up Plan," her first starring role since the birth of twins Max and Emme in February 2008 -- and she's opening up to "Extra" about her babies, being a working mom, and losing all that pregnancy weight!

Jennifer revealed that she loved staying home with her kids, but was ready to get back to work. She brought little Max and Emme to the set nearly every day. "They've been with me almost every day on the set. I don't think they realize what I do. Once in awhile, they look at the monitor and go, 'Mama.' They're just starting to talk."

J.Lo plays a woman who is artificially inseminated on the same day she meets Mr. Right -- and sports a fake belly bump for the film. "A bunch of us who have babies, we're like, 'It would be great when you are pregnant...you could take it off five times during the pregnancy, only for a half hour. Then you have to put it back on.' That would be awesome. It would be perfect. But you can't."

Jen's twins are only 18 months, but the actress laments how fast her little ones are growing up. "They're more than walking now...they're starting to talk. I put Max to bed yesterday...and I said, 'I love you baby. I'll see you tomorrow.' And he was like, 'I love you.'"

The actress also opened up about how motherhood has changed her. "You just mature so quickly in such a deep way and you think life is short and you have to just go for things. You can't be afraid to try or do your best... just do it and that's the example I want to set for my children as well. It's like you can do anything. The only thing that ever holds us back is fear... it's a useless emotion."