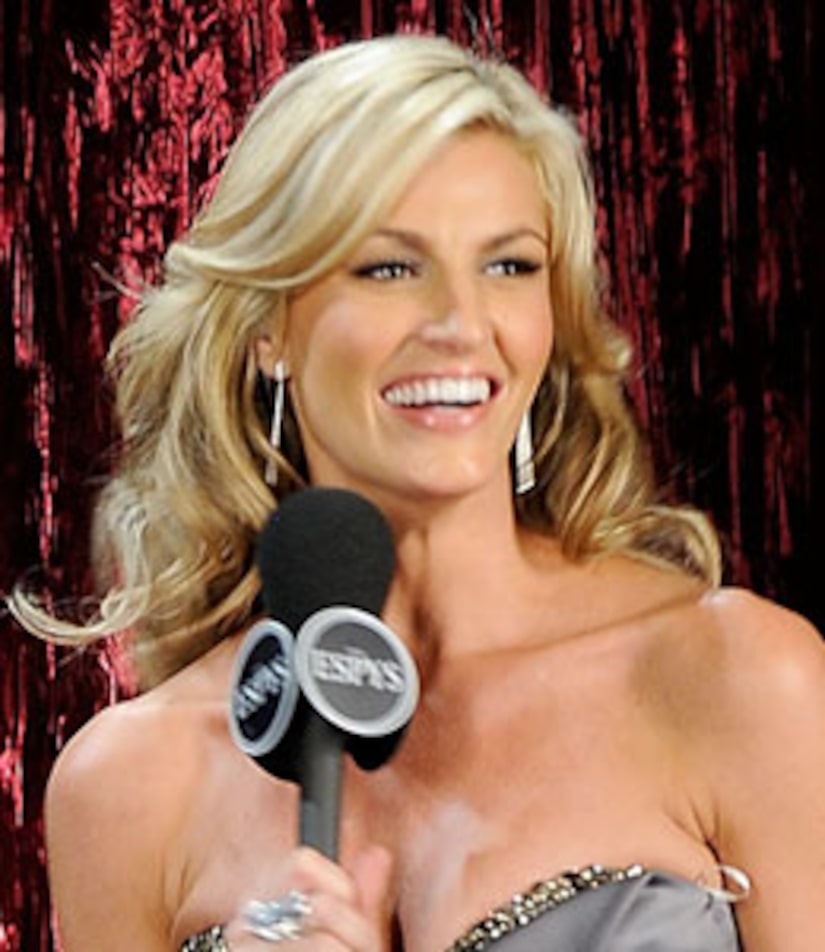 Someone caught ESPN's Erin Andrews naked on film! But this is a case of unfair play!

The sexy sports reporter was filmed without her knowledge through the hotel room's peephole while she walked around naked, and the tape was posted on the net, but has been removed -- but not before it topped Google searches.

"She was the victim of a crime and is taking action to protect herself and help ensure that others are not similarly violated in the future," said a statement from Andrews' lawyer Marshall B. Grossman.

"Although the perpetrator or perpetrators of this criminal act have not yet been identified, when they are identified, she intends to bring both civil and criminal charges against them and against anyone who has published the material," Grossman added.

ESPN issued the following statement: "Erin has been grievously wronged. Our people and resources are in full support of her as she deals with this abhorrent act."