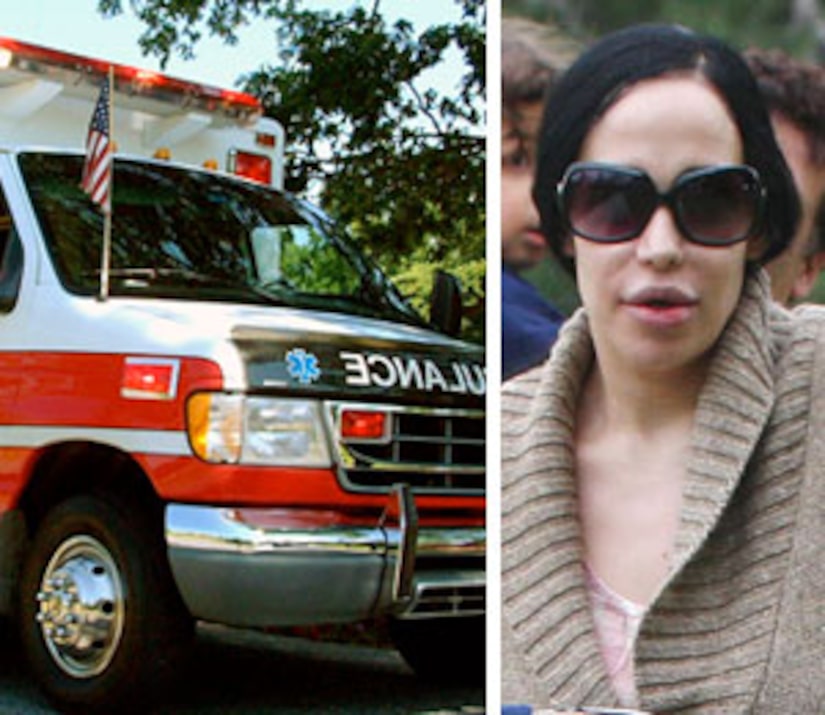 Octuplets mom Nadya Suleman's son Caleb was released from the hospital after the two-year-old ingested a chemical solution from his older brother's home volcano kit on Friday.

The mother of 14 decided to call paramedics after her son vomited.

"I knew it would all get blown out of proportion if I called, but I didn't want to take any chances," Suleman tells People magazine. "I think I did the right thing. He's okay," she confirms.

After Suleman called 911, an estimated 40 emergency medical personnel reportedly showed up at the family's La Habra, Calif., home. Caleb was taken by ambulance to St. Jude Medical Center in Fullerton, Calif., and returned home two and half hours later.