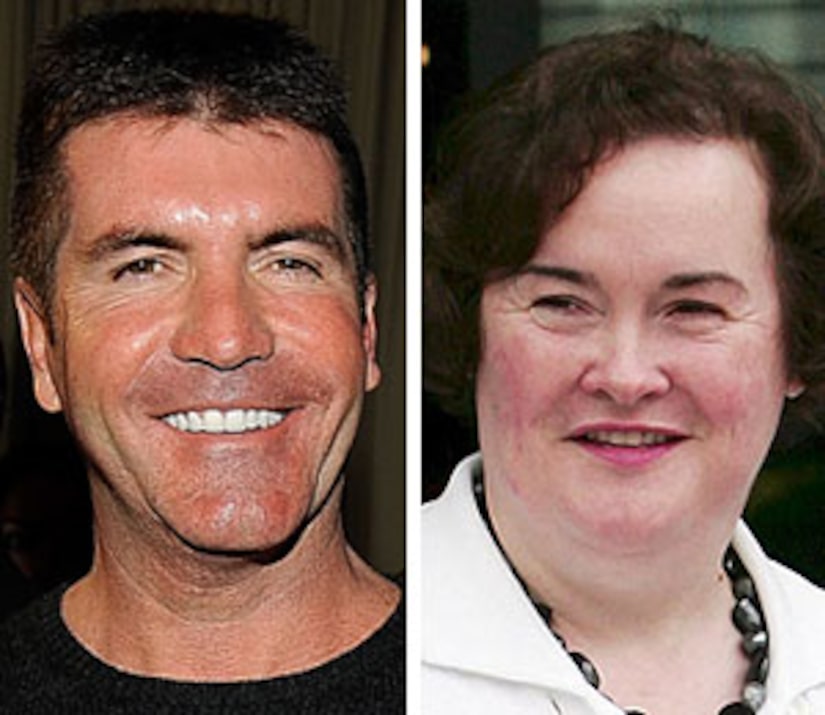 Boyle skyrocketed to fame on "Britain's Got Talent" with her unexpectedly beautiful voice and powerful rendition of "I Dreamed a Dream." Cowell's face during "The Hairy Angel's" audition said it all. He was blown away by her live performance and says she sounds good in the studio too! Simon tells "Extra," "She's extraordinarily good on record."

"We're not going to throw out some souvenir album of show tunes. We went through about 350 to 400 songs to choose from. She was blown away by some of the song choices and she's going to surprise a lot of people with this record," touted Simon.

The tough judge says Boyle's breakdown before the "Talent" finale was unfortunately inevitable. "I think it was all boiling up. You've got to understand this lady had lived alone with a cat for years and years and years and she was really, literally, the most famous person on the planet."

Cowell also tells "Extra" he has joined forces with Philip Green, the man behind Kate Moss' Top Shop clothing line. The two have formed a production company, and since Simon already has plenty on his plate, he says no one is getting "carried away."