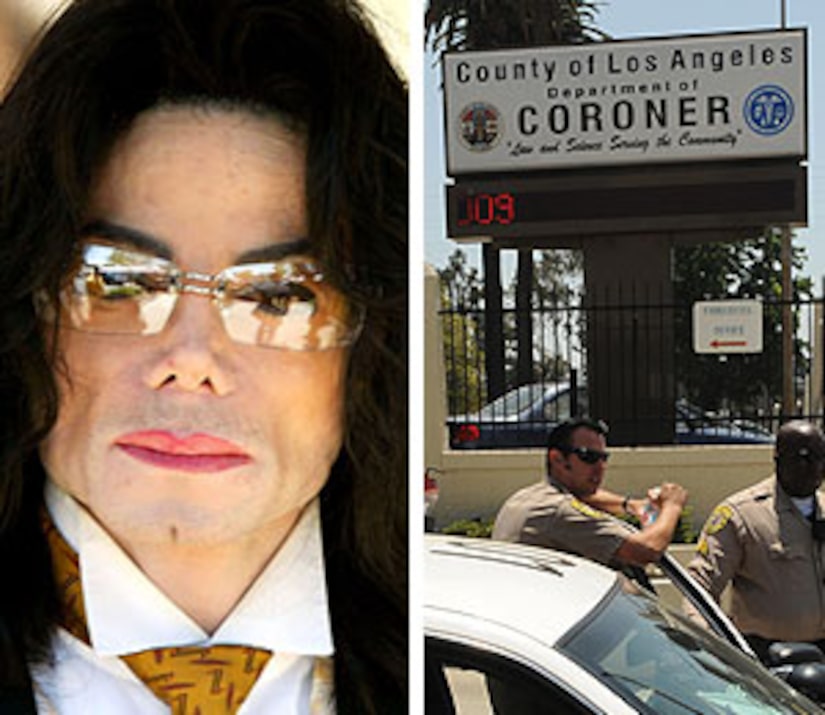 The office previously expected to wrap up the report late this week or early next week, but Assistant Chief Coroner Ed Winter said Thursday that it's now at least two weeks away, but did not state a reason for the delay.

The toxicology report will include what drugs were in the superstar's system when he died -- and whether they were the cause of his death. The results will be key in determining if any criminal charges should be filed.

Jackson went into cardiac arrest and died on June 25.