It's Kim Kardashian! The vixen said that she was inspired by Hollywood vampires -- such as the "Twilight" clan -- when she created this Goth glam look. 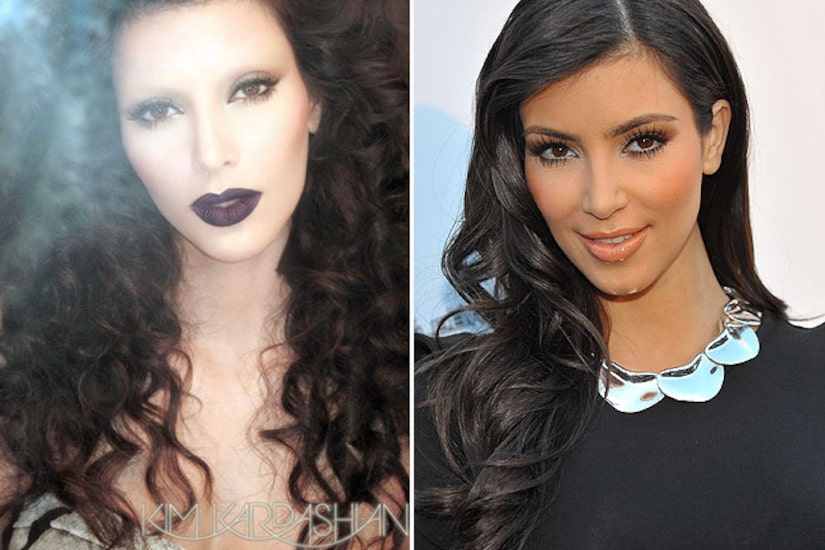 "Since vampires are all the rage right now, Troy Jensen and I thought it would be cool to try out a more gothic, almost sinister look!" Kim wrote on her site. "This look was inspired by Prada's fall 2009 runway show and it is so unlike anything I've ever done! And no, I didn't actually get rid of my eyebrows, haha. Troy used an eyebrow concealing wax to hide them! Pretty creepy, right? I call this my Twilight look!"