Rumor has it that Joe Jackson wants Michael's children -- Prince Michael, Paris and Blanket -- to follow in their famous father's moonwalking footsteps. 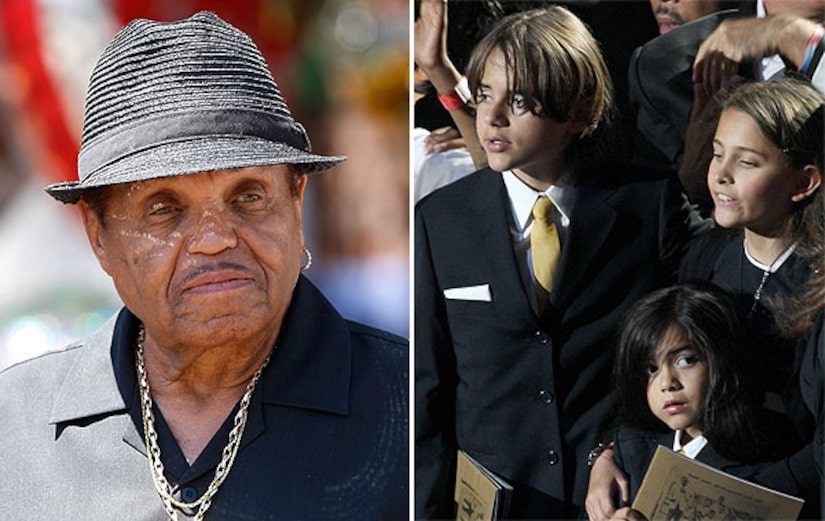 According to the NY Post, Joe is reportedly urging the three children to form a new song-and-dance act titled The Jackson 3 -- but a source tells the paper that the rest of the Jackson family would never allow it, saying, "That's something the family would absolutely not tolerate."