Soccer stud David Beckham stripped to his skivvies for a series of sexy Emporio Armani advertisements, but he denies that he's going to pose for even steamier ads with Angelina Jolie. 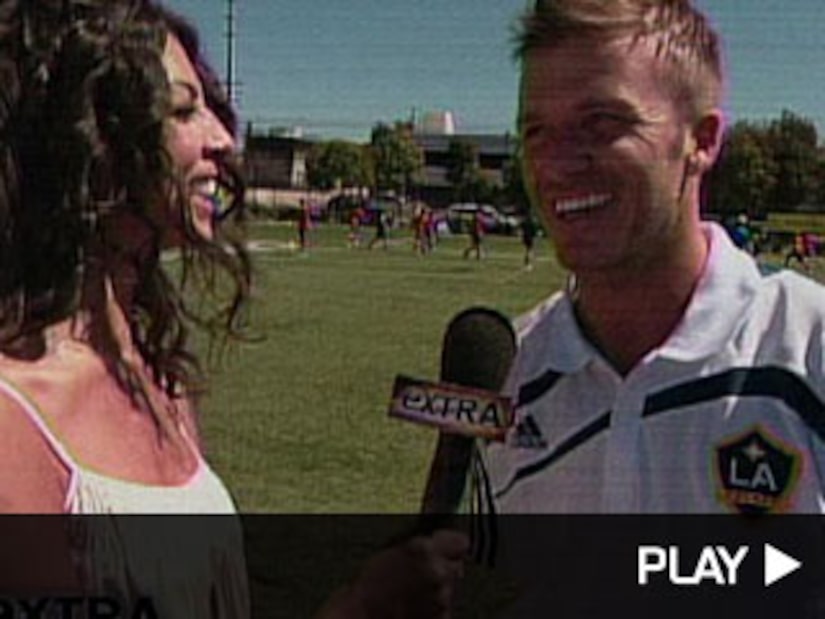 Beckham, who surprised children at a soccer camp in El Segundo, Calif. over the weekend, added that he'd pass if asked to pose with the "Changeling" beauty. "She's an amazing person and so is Brad. They're an incredible couple -- got an amazing family. You know she wouldn't do it and I wouldn't do it. At the end of the day, I wouldn't do it because I'm married."

David and his wife Victoria have posed for Armani ads together. The couple recently celebrated their ten-year wedding anniversary.