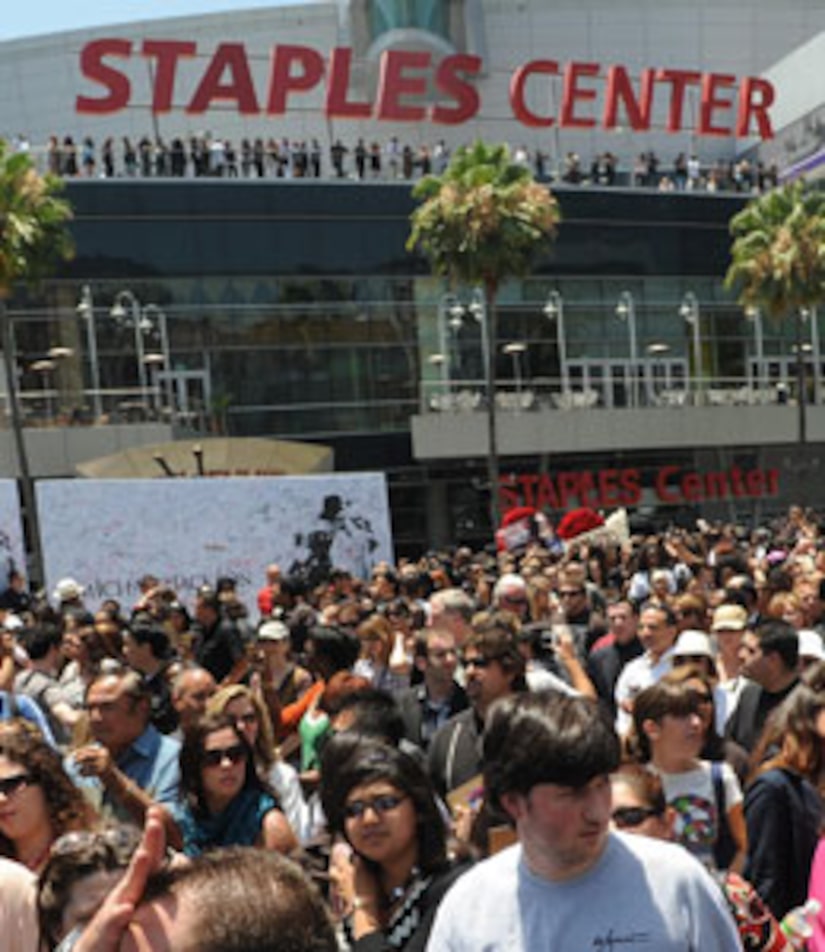 City Councilman Dennis Zine advocates billing the memorial's promoters. "This was a private memorial for a celebrity singer, Michael Jackson," Zine said. "And no disrespect to him, his family or his fans, but why should the people of Los Angeles be obligated to pay for what they decided to do? They could have had a service at Forest Lawn, they could have had a service at a local church. They decided to have a memorial of this magnitude and have a worldwide event," he said.

Others argue the costs are expenses that cities routinely inherit when there are large public events. L.A. also had to cover costs of last month's Lakers victory parade and parts of large events like the Academy Awards and the Grammys.

City Attorney Carmen Trutanich said he's investigating how the city ended up with a whopping $1.4-million bill. City Controller Wendy Greuel is also concerned with $48,826 that the Emergency Management Department spent on 3,500 boxed lunches for emergency personnel -- lunches that were trucked in from Jensen's Foods in Wrightwood, Calif., almost 80 miles from Los Angeles.

On the bright side, Jack Kyser, chief economist for the Los Angeles County Economic Development Corp., has estimated the memorial raked in about $4 million for local businesses in the form of food sales, parking, shopping and hotel stays.

"We're a center of celebrity," he said. "You have to be able to deal with it. You have to look at the positives and the negatives. Yes, you get some expenses, but if you handle the whole thing in a smooth fashion, which they did, you get a real positive," Kyser said.