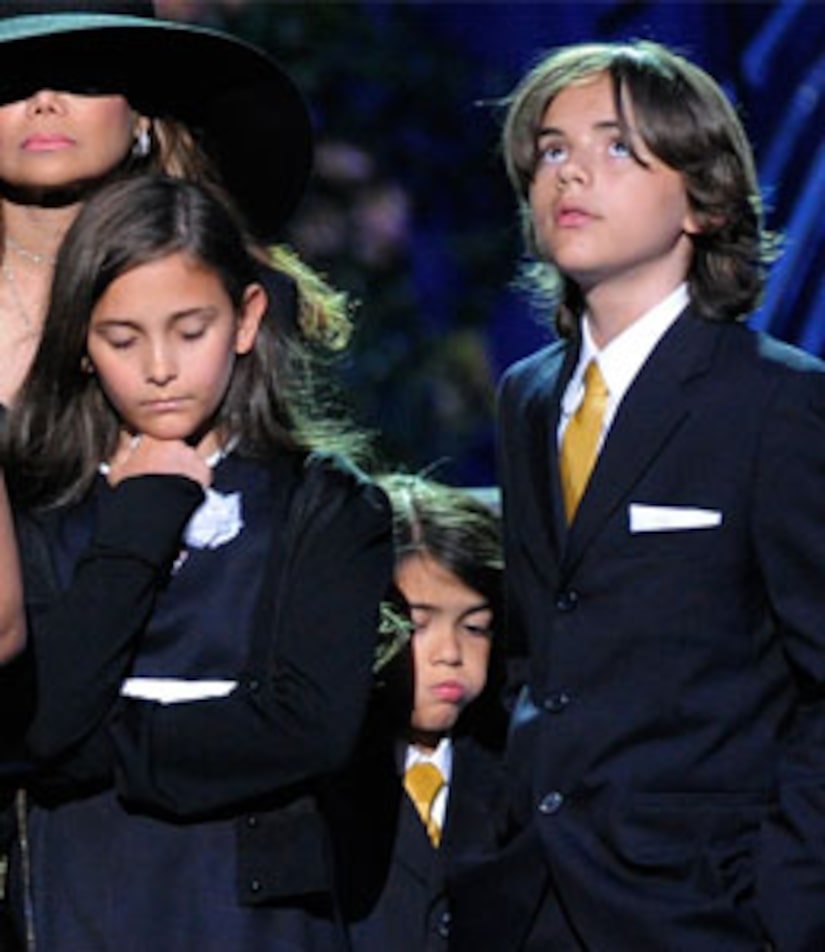 Michael Jackson's three children have become the most famous kids on the planet, following their father's touching memorial service on Tuesday.

The question today is -- where are Michael's children now? "Extra" believed the children are in seclusion at the Jackson family compound in Encino, Calif.

The cover of OK magazine's latest issue features a photo of Jackson with children Prince Michael and Paris with ex-wife Debbie Rowe. The cover screams "$100 Million or the Kids," and the mag reports Rowe has to make a life-changing decision; her kids, or a potentially very large settlement to not pursue custody. "She could be a very wealthy woman," OK's Eloise Parker tells "Extra."

The magazine says if Debbie decides she does want custody, she could still inherit a sizable chuck of dough. Parker says, "She'd need that money to keep the kids in the lifestyle they're accustomed to."

Paris' sincere message at the memorial service touched the hearts of people all over the world. "Extra" Lifechanger and clinical psychologist Dr. Gabe Crenshaw says, "Clearly she loved her daddy." He adds, "I felt like this little girl really needed to do this and do it publicly."

Youngest child Blanket shied away from the spotlight, and was seen carrying a doll of his father. "The first thing I thought of was a security blanket. Blanket had his yesterday," Crenshaw explains.