Simon Cowell and Paula Abdul are opening up to "Extra" about the death of one of America's all-time greatest idols, Michael Jackson. 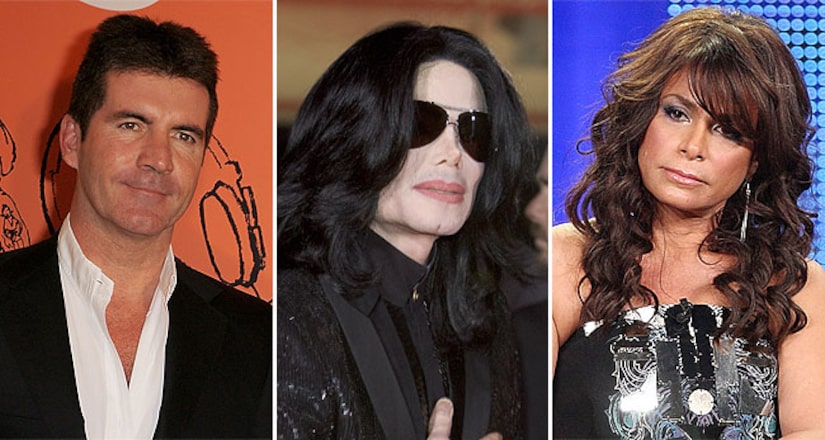 "He was a genius," Cowell says. "It's such a shame it happened so young for him." Simon, in London with "Extra's" Terri Seymour, shares his greatest memories of the pop icon. "Always the moonwalk," Simon dishes, "and 'Thriller,' I loved 'Thriller.'"

Rumors have circulated for years that the King of Pop would take the stage on "American Idol" -- and Cowell confirms that there was, at one time, the possibility of a Jackson appearance. "There was always talk of it and 'X Factor.' I think he would have appeared on that, but it never happened."

Paula became close to the Jackson family when she choreographed dances for Michael's "Victory Tour" and a string of music videos -- including "Control" -- for his sister Janet. Abdul even made a cameo in Michael's 1987 video for "Liberian Girl." "I just wish he knew how he affected people in such a positive way," Abdul reveals. "I was very fortunate to be able to work closely with the entire family."

Simon also helped discover "Britain's Got Talent" star Shaheen Jafargholi, who wowed the judge on the UK singing show with his rendition of Jackson's "Who's Loving You?" Shaheen reprised his song at Michael's memorial yesterday.

When asked who the Michael Jackson of today was, Cowell replied, "There isn't anyone else," and when Terri asked if there ever would be, Cowell flatly stated, "No."