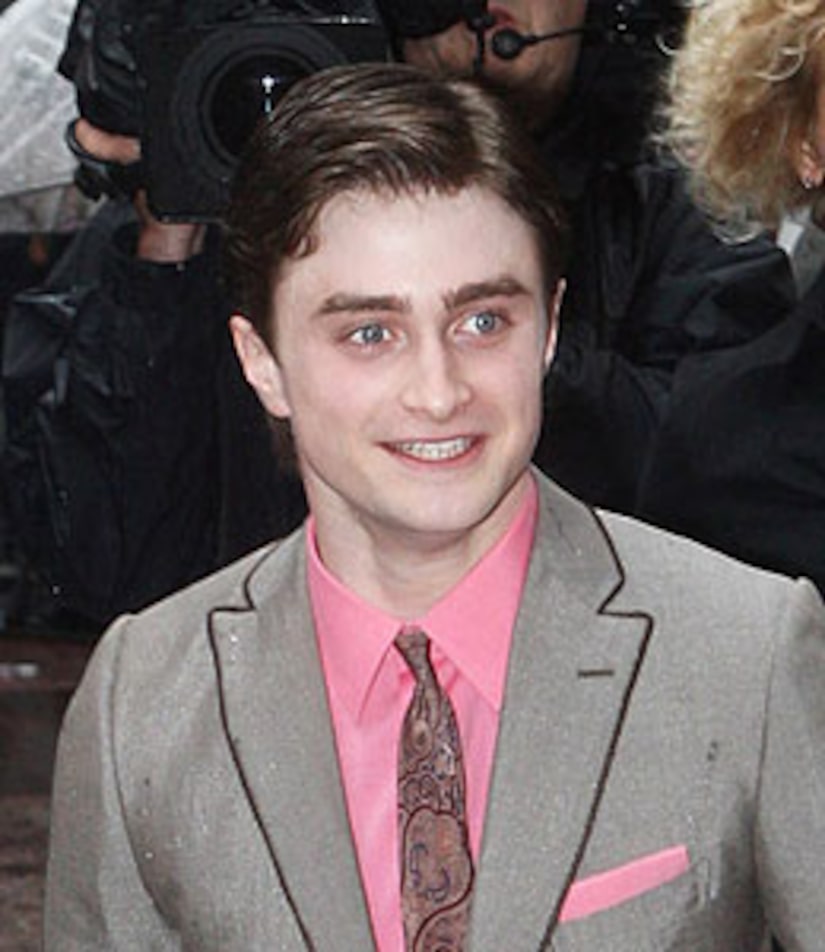 The London premiere of "Harry Potter and the Half-Blood Prince" was soaked under a heavy downpour, but that didn't stop Daniel Radcliffe from greeting his fans and opening up to the press about his love life.

"I'm feeling a bit guilty, to be honest, as I've made them wait in the rain," Daniel confessed to People magazine of his fans -- many of whom camped out in the rain to catch a glimpse of him and his magical co-stars.

The actor, 19, also dished to the magazine about his dating life. Radcliffe had mentioned before that he only liked dating older women because they were more mature, but it seems like the star has had a change of heart. "I've been out with a couple of women who have been older than me. I think it's the maturity thing more than anything else, but that was when I was younger -- girls my age are now mature, so it's great. I've widened the field!"

Daniel's "Potter" co-star Jessie Cave dished that the boy wizard has an advantage on the competition for women in his peer group. "Daniel loves poetry, it's definitely a passion of his... he's very dramatic and witty and very, very clever."