The King of Pop and the people's Princess both led lives in the spotlight with nonstop paparazzi pressure and obsessive fans all over the world. "Extra" takes a look at the special bond between Michael Jackson and Princess Diana. 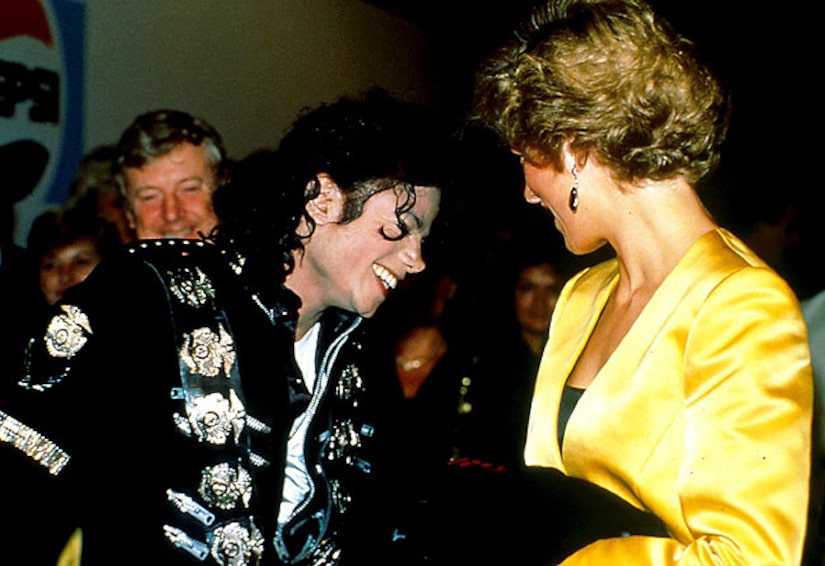 Michael and Diana met just one time, backstage after his London concert on July 16, 1988 during his "Bad" tour. Michael told reporters he was "very excited" to meet the beloved royal.

After their meeting, Jackson and the princess instantly bonded. "Michael would spend thousands of dollars on phone bills to Princess Di. They would talk about feeling hunted and trapped by the paparazzi," a rep from People magazine tells "Extra."

Out of respect for Di, Jackson even took his hit "Dirty Diana" out of his set list for his shows -- until the princess called him up and told him to leave it in.

After Diana's death in 1997, Jackson broke down to Barbara Walters on the loss of his friend. "I fell down in grief and started to cry," he revealed to Walters. Jackson didn't just grieve -- he felt an impending sense of doom after Diana's death. "There's another one coming and I pray it's not me."

Huge crowds gathered in London to mourn Diana, just as masses of people flocked to Los Angeles today to say goodbye to Jackson.