Brooke Shields tells Rolling Stone that when she met Michael Jackson in the 1970s, the child stars instantly became close friends. Jackson even popped the question! 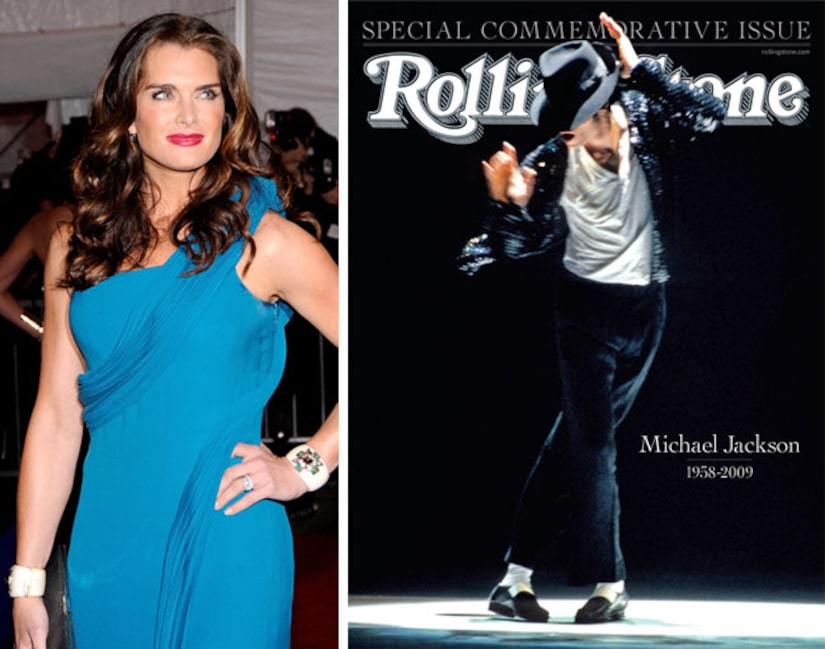 The actress describes her young self as "the most celebrated virgin ever" at a time when women "wanted to throw themselves at (Jackson) and feel like they were going to teach him."

Shields remembers, "There were times when he would ask me to marry him, and I would say, 'You have me for the rest of your life, you don't need to marry me.'"

The 44-year-old said that as Jackson grew and his appearance changed, "the more asexual he became to me."

"He was like a little kid who talked about the bases -- what first base was, what second base was," Shields says. "It sounded very odd to the outside, I can imagine, but to the inside, to someone who's never really left his bubble, you can understand how he would be curious."

The "Lipstick Jungle" star said the last time she saw Jackson was at the 1991 Neverland wedding of Elizabeth Taylor and Larry Fortensky. She says, "We snuck in and took pictures of ourselves next to her dress," Shields adds, "We always seemed to revert to being little kids."

Click here for more on the women in Michael Jackson's life.