The Los Angeles Police Department will deploy 3,200 officers for the crowds at the historic memorial for Michael Jackson at the Staples Center. News helicopters have swarmed the area, as a procession of vehicles left the Jackson compound in Encino. 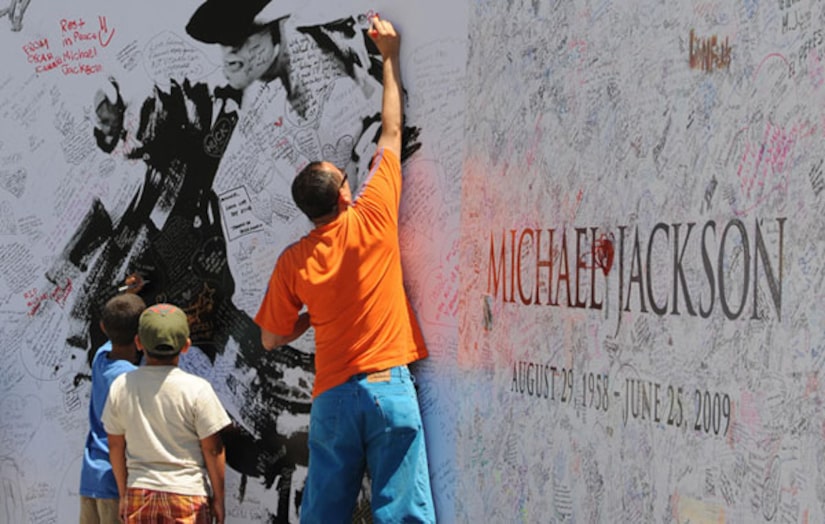 Thousands of fans have already gathered outside the arena, with the service set to begin around 10:00 AM PDT. Fans have been encouraged to honor of the King of Pop by signing billboards posted at the gates. The Associated Press has confirmed Michael Jackson's casket will be at the memorial.

The first group of ticket holders was allowed into the Staples Center at 7:00 AM. Adding to the circus-like atmosphere, the real circus is in town, and a herd of elephants made their way from a downtown train station to the Staples Center, where they're being held in a barn in advance of tomorrow's opening.