A private memorial service for the late King of Pop was held last night at the Forest Lawn Memorial Park in L.A. 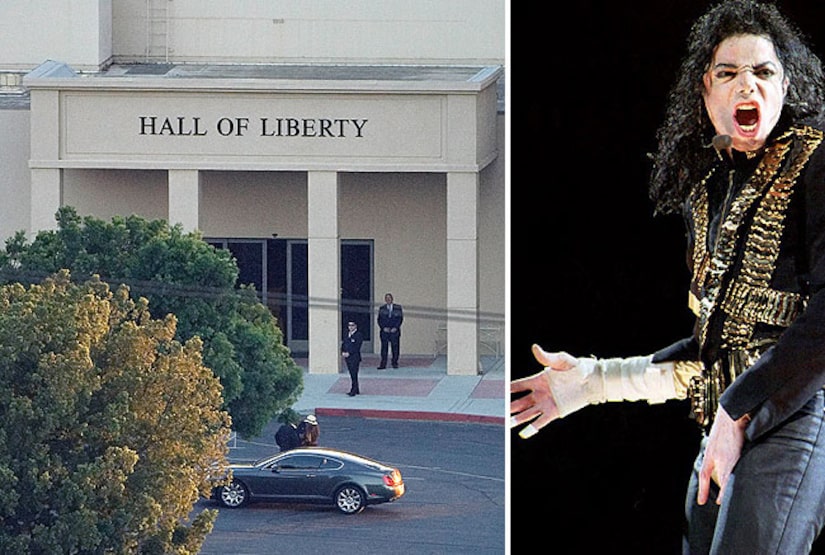 Michael Jackson's family -- including his mother Katherine and sister La Toya -- were among mourners in a small group at the cemetery last night. At approximately 7 PM PDT, a hearse believed to be carrying Michael's body drove to the Hall of Liberty building for a private viewing. Bodyguards attempted to block photographers from getting a photo of the casket; they were unsuccessful.

A funeral for Michael is expected to take place in the same location sometime this morning.