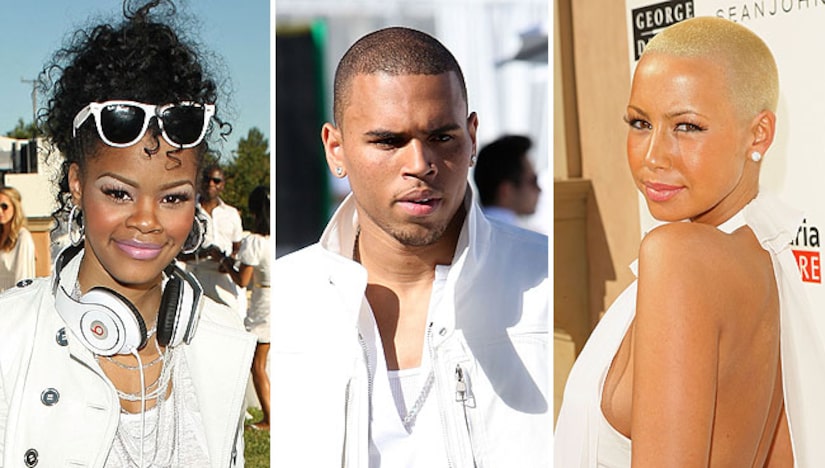 The "Forever" singer, 20, showed up to the Independence Day bash with Taylor, 18, where photographers snapped the twosome laughing together. The New York Daily News claims Brown was later spotted making out with Kanye West's on-again, off-again girlfriend, Amber Rose.

"Extra" wants to know which is worse for Brown -- stepping out with a Rihanna lookalike, or moving in on Kanye's ex?