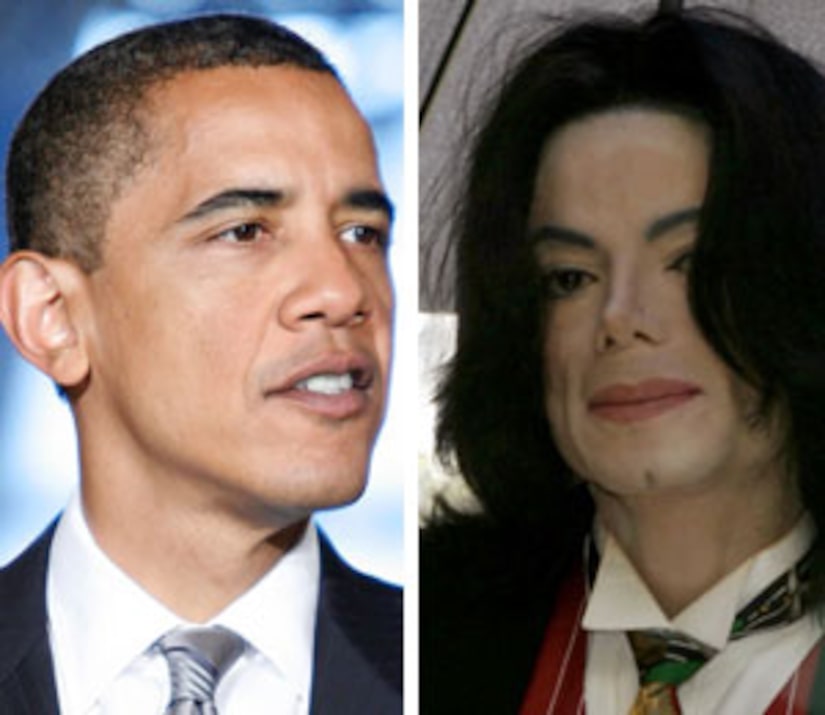 The world is mourning the King of Pop -- and now President Barack Obama has commented on Jackson's death.

Obama told the Associated Press that Jackson -- who died at 50 a week ago today -- will "go down in history as one of our greatest entertainers. I grew up on his music."

While the President confesses that he still has Michael's music on his iPod, he feels at the same time that Jackson had "a tragic and in many ways sad personal life."