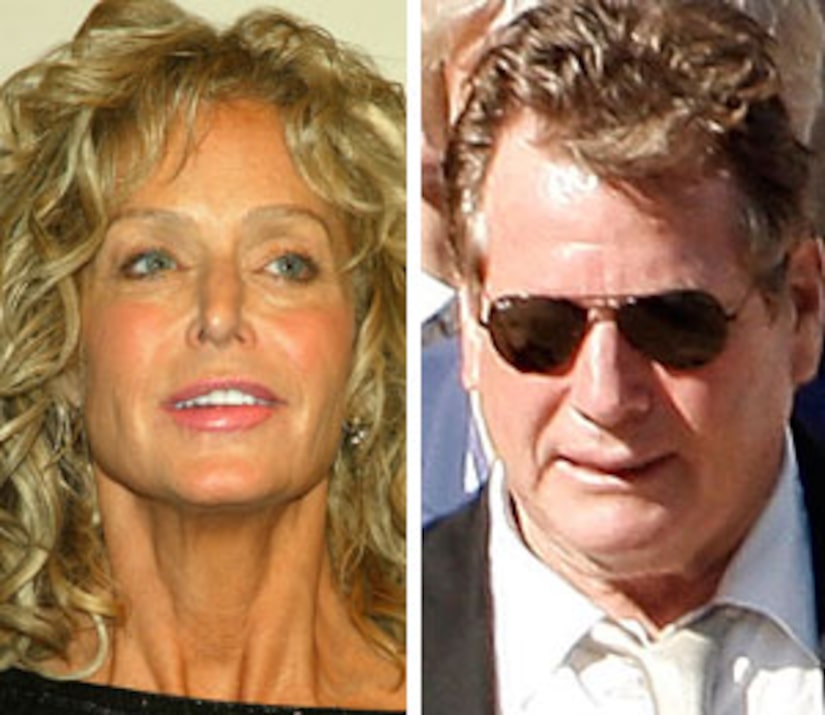 Ryan O'Neal, son Redmond and several hundred friends attended a private funeral service for Farrah Fawcett on Tuesday afternoon at the Cathedral of Our Lady of the Angels in downtown Los Angeles.

"Goodbye sweet girl," said Stewart, "Farrah never felt sorry for herself during her illness... she fought cancer furiously. She's the most beautiful angel in heaven. She always seemed so indestructible."

Ryan and Redmond served as pallbearers. Fawcett's casket was covered with yellow and orange flowers.

Drama ensued outside of the service when Ryan's estranged son from a previous marriage, 44-year-old Griffin, was prevented from entering the church to pay his respects. Griffin is the son of O'Neal and actress Joanna Cook Moore. Griffin and Ryan have been feuding for years.