Diva Mariah Carey was spotted filming the music video for "Obsessed" -- dressed as a man outside the luxurious Plaza Hotel in New York City on Monday. 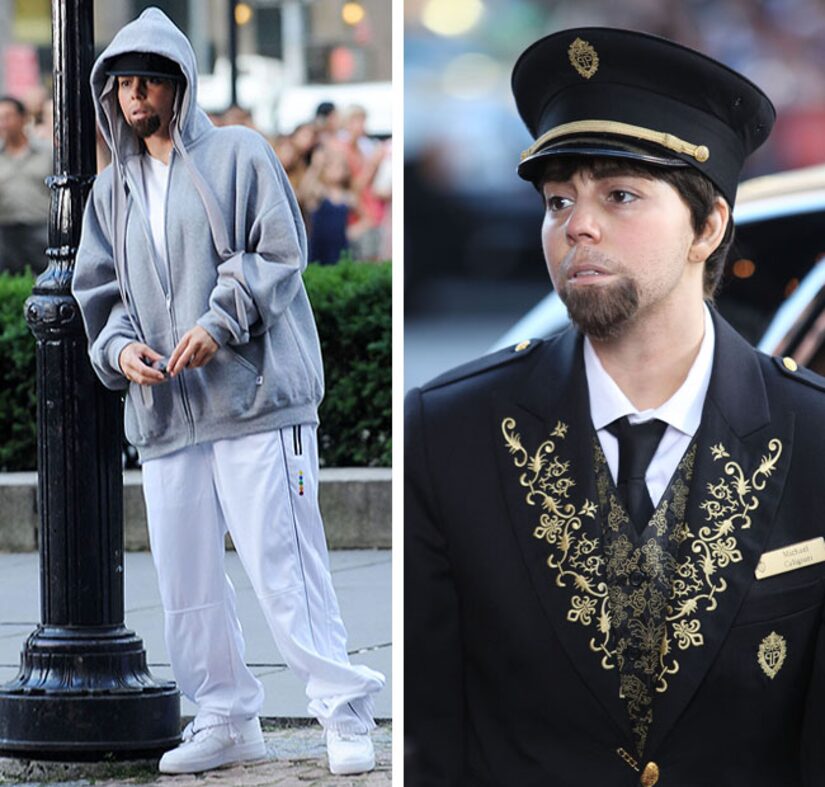 The 39-year-old songstress had a full goatee and wore baggy athletic clothes, not unlike Eminem's. In another shot, Carey dressed up as a doorman with a name tag reading "Michael Caligiuri."

"Obsessed" reportedly fires back at Eminem. The rapper slammed Mimi's hubby Nick Cannon with his track "Bagpipes from Baghdad." In the rap, Em says he's going to take Mariah "back" from Nick.