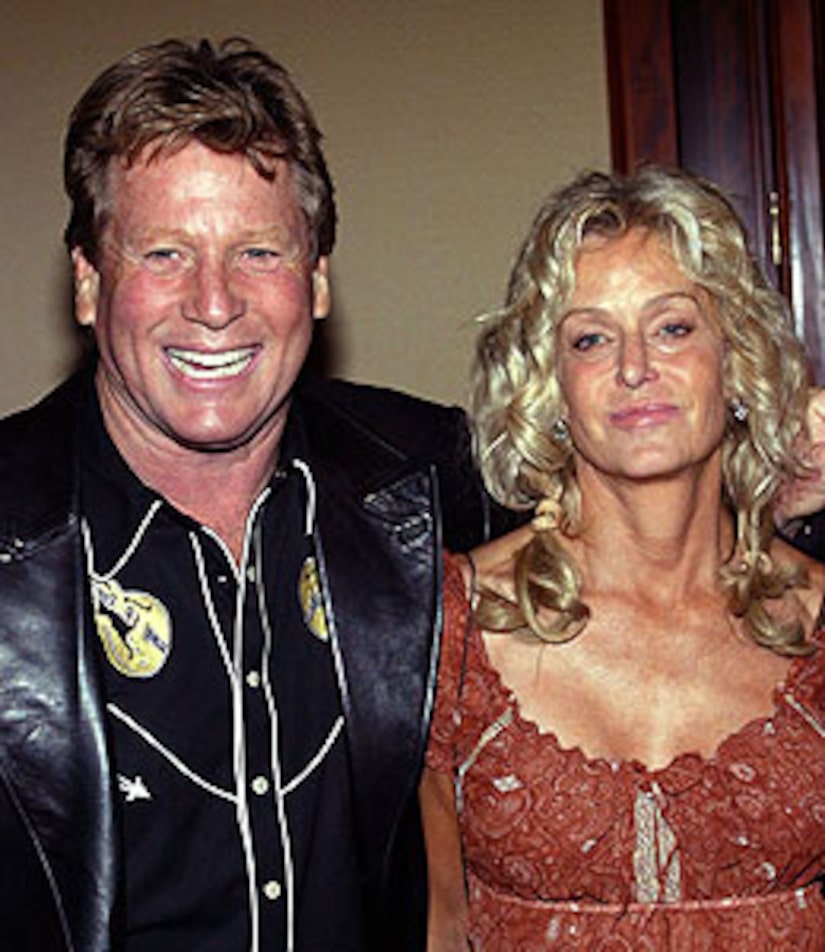 Farrah Fawcett's longtime love, Ryan O'Neal, is speaking out about the "Angel's" death this morning.

"She's gone. She now belongs to the ages," O'Neal told People magazine. "She's now with he mother and sister and her God. I loved her with all my heart. I will miss her so very, very much. She was in and out of consciousness. I talked to her all through the night. I told her how very much I loved her. She's in a better place now."

He added, "She was with her team when she passed...Her eyes were open, but she didn't say anything, but you could see in her eyes that she recognized us."

Farrah and Ryan's son Redmond wasn't there when his mother passed away, but O'Neal confirmed that Redmond talked to Farrah on the phone before her death. He told her "how much he loved her and asked her to please forgive him that he was so very, very sorry," Ryan said.