The King of Pop, Michael Jackson, has been rushed to the hospital.

According to X17 Online, Jackson was rushed to the hospital in an ambulance from his Beverly Hills home. The photo agency reports that Michael and a crowd of his bodyguards and entourage entered the hospital behind Jackson around 1 PM PDT. 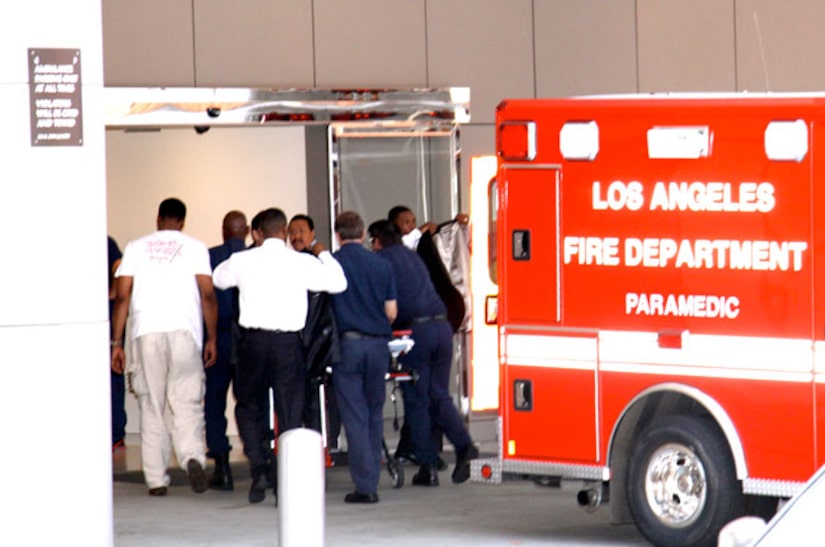 Rumors are swirling that the musician may have gone into cardiac arrest.
Los Angeles Fire Department Captain Steve Ruda revealed to the Los Angeles Times that Jackson, 50, was not breathing when paramedics arrived.

Jackson's father, Joe, told E! News that he was contacted in Las Vegas
and told his son had been taken to a hospital. "His mother is on her way to the hospital now to check in on him," Joe said. "I am not sure what's wrong."