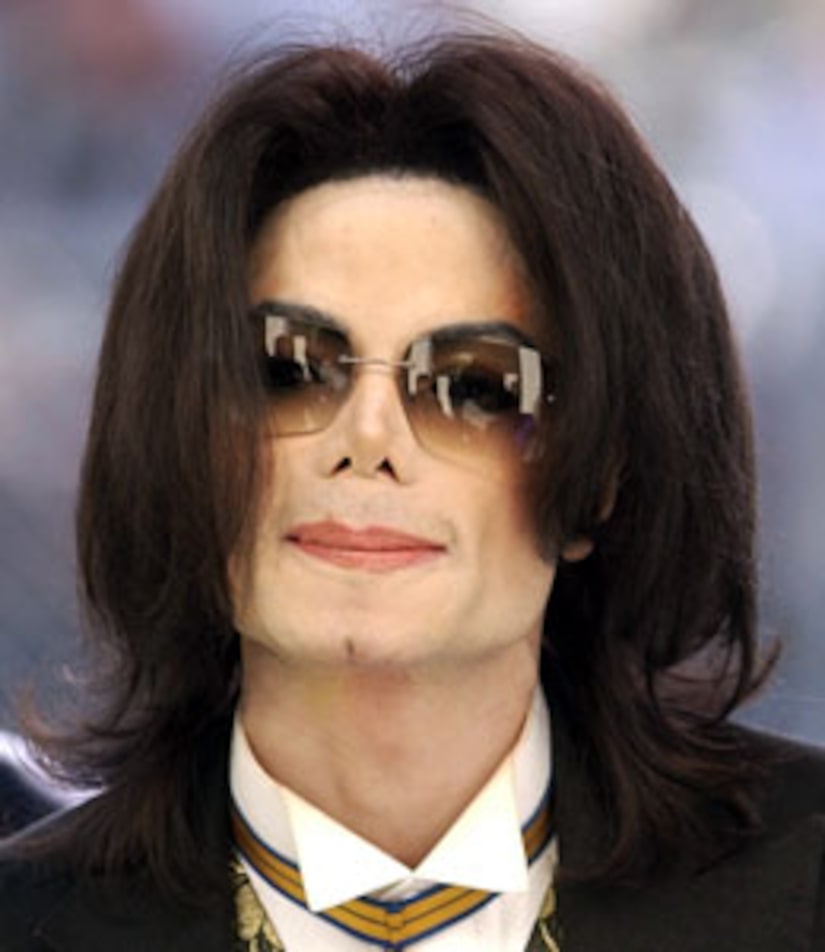 The King of Pop, Michael Jackson, died suddenly on Thursday after suffering cardiac arrest. He was 50.

Jackson was in Los Angeles to rehearse for his summer comeback concert tour. When tickets for the London concerts went on sale in March, they were sold out within minutes.

Jackson was known as much for his exceptional performances as his bizarre personal, legal and health problems.

Michael Joseph Jackson was born August 29, 1958, in Gary, Indiana. The youngest of five brothers, Michael showed a passion for performing at an early age -- and at 11 in 1969, he and the Jackson 5 had released their first single. He remained a force in pop music for the next forty years.

In 1970, the Jackson 5 became the first group in pop history to have their first four singles top the charts: "I Want You Back," "ABC," "The Love You Save," and "I'll Be There."

In 1972, Jackson released "Ben," his first solo single, earning an Oscar nomination. By 1976, the Jackson 5 had become The Jacksons. In 1977, he starred alongside Diana Ross in the all-black film musical "The Wiz," and it was there he met famed producer Quincy Jones, who helped Jackson record his first solo album as an adult, "Off the Wall." The album spawned four top ten singles, including "Don't Stop 'til You Get Enough" and "Rock with You." By this point, he was a star, but his next album would make him a superstar.

In 1982, Jackson released "Thriller" -- the best selling album in history, with "Beat It," "The Girl is Mine," and "Billie Jean" rocketing to the top of the charts. His music videos made him a phenomenon -- the ten-minute video for "Thriller" is considered one of the best music videos of all time. "Thriller" spent 37 non-consecutive weeks at number one and sold more than 40 million copies. It won eight Grammys in 1983 -- a record.

Then there were his signature performances, the moonwalk, the signature single white glove -- and his popularity mushroomed worldwide. When he became a spokesman for Pepsi in 1984, it was the largest endorsement deal ever. (And it was during the filming of a Pepsi commercial that Jackson's hair caught fire as a result of a special effect accident.

Jackson underwent surgery for the burns to his scalp. Rumors began swirling that he underwent numerous plastic surgery procedures shortly after the accident. His appearance changed dramatically, followed by endless tabloid coverage of plastic surgery, rhinoplasty, and skin lightening. His collections and habits had tabloids soon labeling him "Wacko Jacko."

In 1985, he became the owner of all the John Lennon-Paul McCartney copyrights when he acquired ATV Publishing. In the same year, he co-wrote "We Are the World" with Lionel Richie to benefit USA for Africa -- the song reached number one and established his rep as a humanitarian.

Soon after, Jackson released "Bad," spawning five number one songs: "I Just Can't Stop Loving You," "Bad," "The Way You Make Me Feel," "Man in the Mirror," and "Dirty Diana." Its year-long tour became the largest-grossing tour in history, and "Bad's" 17-minute music video was directed by Martin Scorcese.

In 1998, Jackson revealed in his autobiography "Moonwalk" that his father Joe had abused him as a child.

At the end of the '80s, he moved to Neverland Ranch near Santa Barbara, Calif. A Ferris wheel, menagerie of exotic animals and a movie theater entertained underprivileged kids, while the ranch served as the location for Elizabeth Taylor's eighth wedding. Without question, he was at this point one of the most famous faces in the world.

In 1991, he released "Dangerous," and spent a reported $1.2 million for the single "Black or White." He reportedly demanded that MTV and BET call him the "King of Pop," but he had denied this. It was at this time he also established the Heal the World Foundation with $200 million of his own money. But his increasingly bizarre behavior -- and ever-changing face -- overshadowed his philanthropic side.

In 1993, he told Oprah Winfrey he suffered from vitiligo, a disease he says lightened his skin. He also laughed off rumors he tried to buy the bones of the Elephant Man and that he slept in a hyperbaric chamber. The interview was one of the most watched in history.

In August, Jackson was accused of molesting a 13-year-old boy -- and police officers raided Neverland. Jackson claimed the boy's father was attempting extortion, but by 1994, he had reached a private settlement with the family. Amid the scandal, Jackson's sister La Toya said Jackson spent the night with young boys, and two former employees said they'd witnessed Jackson being sexually involved with young boys. Jackson canceled the "Dangerous" tour and said the stress caused an addiction to painkillers.

The Los Angeles District Attorney later investigated claims that Jackson shared a bed with a second boy, but they found no evidence of wrongdoing. Then came a bombshell -- Jackson announced he had married 26-year-old Lisa Marie Presley, Elvis' daughter. They divorced in 1996.

Jackson soon married Debbie Rowe, a nurse he'd met while undergoing treatment for vitiligo. They had a girl, Paris, and a boy, Prince. They divorced in 1999. (Jackson had a third child, Prince Michael Jackson II, also known as Blanket, in 2002. The identity of the mother has not been revealed.)

In 1995, Jackson released "HIStory," a double-CD split between hits and new material, but the album didn't fare well. The 1997 follow-up, "Blood on the Dancefloor: HIStory in the Mix," did not live up to expectations.

In October 2001, Jackson released "Invincible," featuring singles "Butterflies," "You Rock My World," and "Cry." Jackson decided not to renew his contract with Sony Music, and the corporation's leader, Tommy Mottola, subsequently canceled all promotional efforts for the album in 2002. Jackson responded by calling Mottola "the devil."

Jackson soon faced worldwide scorn when he held his baby, called Blanket, over the railing of a hotel balcony in Berlin. Then, his Heal the World Foundation was cut from its tax-exempt status in California for not filing.

In 2003, Jackson was hit with a new scandal when he was charged with seven counts of child molestation and two of intoxicating a minor (the child was 14 at the time). In 2005 the case went to trial with Jackson eventually acquitted on all counts. Soon after, he moved to Bahrain in the Persian Gulf -- and Neverland Ranch was closed. Jackson was fined $69,000 for not offering his employees insurance.

In February 2008, he released "Thriller 25," an expanded version of the best-selling album. The album spent seven weeks at number one on Billboard's Pop Catalog Charts.