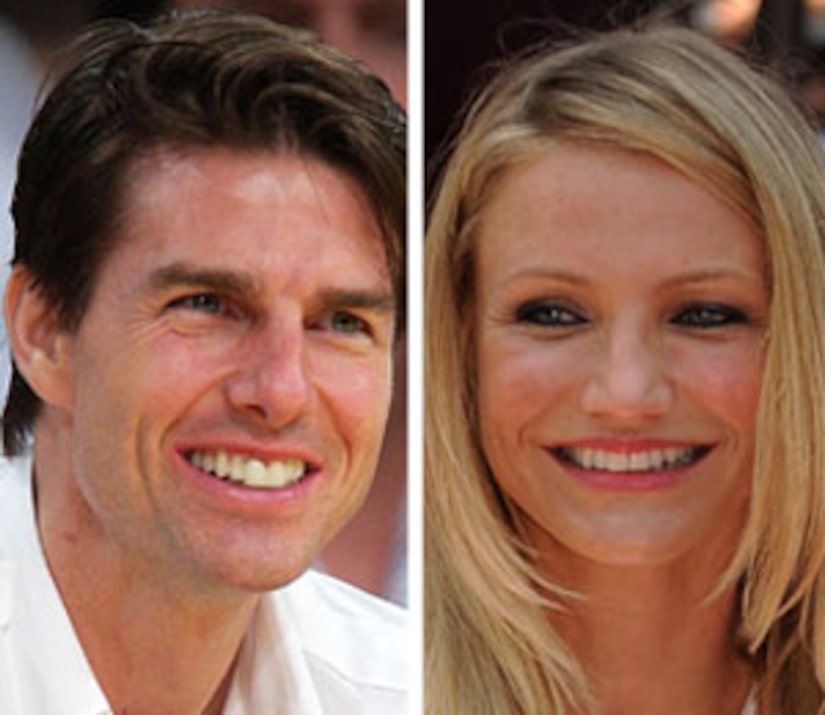 Cameron Diaz is teaming up with Tom Cruise for another movie, and the actress can't wait to get back to work with her former co-star.

"I'm very, very excited about doing it," Cam tells Us Weekly of working with Tom on an upcoming movie. "It's an action film, so I'm really excited to work with him."

The actors shared the big screen in the 2001 flick "Vanilla Sky." Since then, Diaz and Cruise have become friends -- Tom and Katie even joined in the crowd to cheer Cameron as she was honored with a star on the Hollywood Walk of Fame on Monday. "I was really happy to see them," Cam reveals. "They were wonderful. It was fantastic. It was so lovely of them to come out and show support. My whole family was there and my friends were there. And I consider them that as well. So it was really wonderful to have them there."

The film starring Cam and Tom, rumored to be titled "Wichita," is slated for a 2010 release.